Yakubu Dogara must resign or be impeached – APC vows 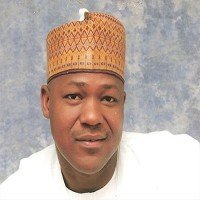 Members of the All Progressives Congress, APC have sworn to unseat the Speaker of the House of Assembly, Yakubu Dogara over a report that he had defected to the Peoples Democratic Party (PDP).

Like the Senate President, Bukola Saraki the APC members said Dogara must be prepared to resign or be ready to be impeached.

This was contained in a separate interview conducted by the Punch Newspaper on Friday on the Acting National Publicity Secretary, Yekini Nabena and the National Vice Chairman Hilliard Eta.

The APC leaders said the speaker is aware of the implication of his decision to defect from the party.

Nabena said, “It should be obvious to Dogara that his various anti-party activities have reached a final destination with his reported decision to leave the APC.

“He became Speaker because he was a member of our party -even though he has not formally told us of his defection, now that he is reported to have left, the right thing for him to do is to vacate the seat.”

The National Vice Chairman of the party, Hilliard Eta argued that the Nigeria constitution does not support a minority member to superintend over the affairs of legislators of a majority party

Eta said it was the decision of the Peoples Democratic Party to overlook its members who defected to APC in 2014, and that it won’t prevent the APC from insisting that its members step down or be impeached.

Meanwhile, an online newspaper, The Cable reported on Friday that the National Chairman of the party, Comrade Adams Oshiomhole had commenced internal movement, particularly members of the House of Assembly, to remove Dogara from office.

The Cable quoted a source who said that Oshiomhole has intensified effort to oust the speaker after it became clear that the speaker was seeking re-election on the platform of the PDP.