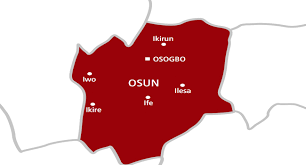 Osun State is one of the States in Nigeria located in the country’s South Western region. It has three senatorial districts, nine federal constituencies, 26 State House of Assembly Seats and 30 Local Government Areas. Each Senatorial District has ten local government areas.

Osun State was carved out of the old Oyo State on August 27, 1991, by the military regime of Ibrahim Babangida. The first democratically elected Governor of the State, Isiaka Adeleke, took office in January 1992 and governed till November 1993, when the military junta of Babangida dissolved all political offices, after the annulment of the June 12, 1993, Presidential election.   The September 22, 2018 Governorship Election in Osun State would, therefore, be the sixth to be conducted since the creation of the state in 1991. The poll to be held by the Independent National Electoral Commission (INEC) will usher in a successor to  Governor Aregbesola whose tenure ends on November 6, 2018. Osun is an off cycle elections as a result of a post-election litigation arising from the widely condemned 2007 elections. The elections was overturned by a decision of the Court of Appeal sitting in Benin, saw Rauf Aregbesola declared the rightful winner of the  elections after three years of legal battle.

Former Governors and their Deputies

Candidates in the elections

A total of 48 candidates (see Table 1 below) are in the race for the September 22, 2018 governorship election. Out of the 48 candidates contesting the Governorship Election, only four candidates are women. They are; Mrs Rufai Adebisi Mujidat of the Allied Congress Party of Nigeria (ACPN), Jegede Hannah Taiwo of the Nigeria Elements Progressive Party (NEPP), Ayodele Mercy Tosin of the Restoration Party (RP), and Adebayo Rasheedat of Peoples Alliance for National Development and Liberty (PANDEL).Osun has previously produced two women deputy governors. They are Titi Laoye Tomori and Erelu Obada.

Unlike in previous Osun governorship elections which were two horse races, the September 22 poll will see several political heavyweights slug it out for the governorship position.  The vote is  featuring five strong political actors flying different flags, they are Adegboyega Oyetola of the All Progressives Congress (APC), Senator Nurudeen Adeleke of the Peoples Democratic Party (PDP), Senator Iyiola Omisore of the Social Democratic Party (SDP), Fatai Akinbade of the African Democratic Congress (ADC), and Adeoti Moshood of the Africa Democratic Party (ADP). It is important to point out that the three candidates who are flying the flags of ADC, ADP and SDP were formerly strong stalwarts of the APC and PDP.

The election is of high stakes to the political parties and godfathers in particular of the South West Extraction. It is a contest between the home-based and out of state godfathers. All the five leading candidates in the election is enjoying the patronage of one Yoruba Elders, groups and movement. For instance, the leader of the Oodua People’ Congress endorsed the APC candidate, Afenifere elders have endorsed SDP candidates. The standard-bearer of APC has been widely reported to be the cousin of the APC National Leader and former Governor of Lagos State, Asiwaju Bola Ahmed Tinubu. The SDP, the platform on which former Deputy Governor, Iyiola Omisore is running, has strong ties to former Secretary to the Government of the Federation, Chief Olu Falae. On its part, the African Democratic Congress (ADC) has strong links to former President Olusegun Obasanjo who has been vocal in his criticism of President Muhammadu Buhari and the APC.

According to the electoral umpire, 1,127,866 people have so far collected their Permanent Voters Card (PVC) out of 1,668, 524 received in the State as at August 2018. This collection rate implies that there are over half a million PVCs (540, 658) that have yet to be collected by prospective voters as the clock ticks towards Election Day.

The September 22, Osun Governorship election will be interesting to poll watchers on account of the nature of political realignments and how those would affect the patterns of voting. In the previous governorship election in the State, the votes were largely divided among two major political parties. The major political parties have been very strategic and calculating to gather votes beyond their stronghold and senatorial districts by picking their running mates outside their comfort zone. The last governorship election in the State in 2014 was between the incumbent Governor, Ogbeni Rauf Aregbesola and Senator IyiolaOmisore.

Table 2: Distribution of votes during the 2014 Governorship Election in Osun State

Table 3: Senatorial Districts’ distribution of votes during the 2014 Governorship Election

The incumbent Governor won in 22 out of 30 local governments with 394, 684 votes while candidate of PDP garnered 292, 747 votes in 8 local governments. Interestingly, none of the two major candidates did garner less than 25% of total votes from each of LGAs in the State. However, Ogbeni Rauf won overwhelmingly, as shown in table 2, in Osun Central and West Senatorial Districts to emerge as the winner of the 2014 governorship election.

The presence of more than two strong contenders this time could push up the numbers of votes, and thereby result in an uptick in participation. The last time out, Governor Rauf Aregbesola clinched to victory in 8 local governments in both Osun Central and Osun West senatorial districts and also emerged victorious in 6 local governments in his region, Osun East senatorial zone. His challenger, Senator Iyiola Omisore got majority votes from his strongholds (Ife East, Ife South, Ife North and Ife Central) all in Osun East senatorial zone and further won two local governments each in Osun West and Central Senatorial Districts.

All Progressives Congress (APC), Peoples Democratic Party (PDP) and Social Democratic Party (SDP) are entangled in intra-party crisis as a fallout of the controversial parties’ primaries conducted ahead of the governorship election. Many aspirants who participated in APC primary contested its outcome, alleging that the exercise was not free and fair. Mr Kunle Rasheed Adegoke, an aggrieved aspirant, called for an outright cancellation of the exercise and also to stop INEC from recognising the outcome of the primary. He has since filed a case against APC & INEC before the Federal High Court in Abuja. The High Court fixed 13 September 2018 for hearing on the suit.

Dr Akin Ogunbiyi, the closest rival of Senator Ademola Adeleke in the PDP primary election, rejected the outcome of the primary election and subsequently dragged the party and its candidate to court, alleging that Adeleke had forged his senior secondary school certificate and should be disqualified. Ogubiyi later withdrew his suit following the intervention of the party and had signed a peace pact with Senator Adeleke. Another lawsuit against Adeleke which sought an interlocutory injunction restraining him from parading himself as the candidate of the Osun PDP over alleged forged school certificate was also struck out.However, the Principal of Ede Muslim High School was arrested over allegations of issuing forged school testimonial to Senator Ademola Adeleke as a former student of the school because of a date error.

The factional crisis within SDP also became a subject of litigation as members loyal to Ademola Ishola faction sought for judicial intervention, asking for the nullification of the primary that produced Senator Iyiola Omisore as the party’s governorship candidate. They argued that the primary conducted by the other faction was illegal going by the earlier court order, secured by Ademola Isola faction, flouted by Bayo Faforiji-led factional Chairman of the party.Bayo Faforiji-led executives dismissed this claim, stating that Ademola Isola faction is under suspension with his Secretary, Elder Jide Awe, by the national leadership of the SDP in Abuja and that Bayo-led congress was supervised by INEC and national leadership of the party[1]. The case was struck out following settlement out of court by both parties involved.

In the lead up to the elections, zoning emerged as a significant factor; there were lots of agitation that power should shift to Osun West Senatorial District. This is based on the claim that the zone is the most politically marginalised district since the creation of the State in 1991.  The clamour for power shift found its way into the political parties.  In particular, in the APC, there was a strong clamour for power to shift to the West. It is also believed that the idea of the direct primary was first introduced in Osun state to defeat the progenitor of zoning. The clamour for zoning in the APC was so loud that twelve out of the seventeen governorship aspirants representing the Osun West jointly addressed a press conference rejecting direct primary and claiming it is to prevent them from emerging as Party candidate in the election.

The zoning agitation has been backed by interest groups and traditional rulers[2]towns such as Osogbo and Iwo have claimed marginalisation. For instance, an example is the July rally held by Concerned Iwo Land Youth for Actualization of Iwolokan Agenda[3].

From the table above, Late Senator Isiaka Adetunji Adeleke who incidentally is the first Executive Governor of the State ruled between January 1992 and November 1993 before his administration was short-lived by military authority. He only governed for 22 months. Chief Bisi Akande followed this from Osun Central, and he spent four years as a Governor. Prince Olagunsoye Oyinlola also from Osun Central ruled for seven and a half years while the current Governor who is from Osun East will relinquish power in November after spending eight years.

As it stands, the PDP candidate Ademola Adeleke, Fatai Akinbade of the ADC, and Adeoti Moshood of the ADP are from Osun West senatorial zone.  The APC is fielding Isiaka Oyetola form Osun Central, and Iyiola Omisore of the SDP is from Osun East.  It will be interesting to see how this shapes the voting pattern.