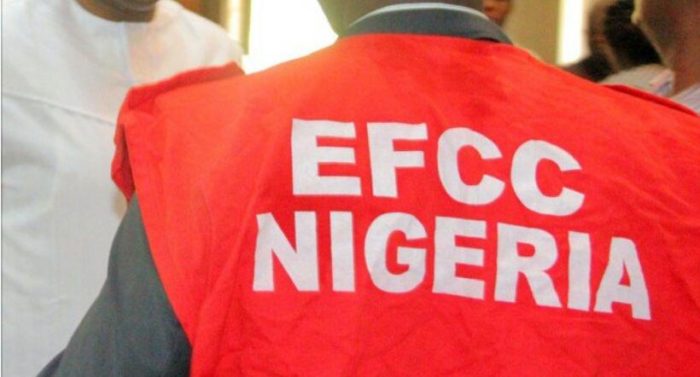 The EFCC said in a post on its official Instagram page, @officialefcc, that the multinational banking group, which is Europe’s largest by total asset, was synonymous with money laundering.

This comes less than 24 hours after the Presidency also lambasted HSBC, accusing it of benefitting from the corruption that plagued the country.

The commission said it would do everything possible to ensure that some of the funds stashed in the bank by the late dictator, General Sani Abacha, were repatriated.

In the post titled, ‘The Story of HSBC’, the anti-graft agency said over $100m was laundered by the bank on behalf of Abacha.

The EFCC said, “The HSBC bank is one of the largest banking and financial services organisations in the world. The HSBC’s international network comprises around 7, 500 offices in over 80 countries and territories in Europe, the Asia-Pacific region, the Americas, the Middle East and Africa.

“Since inception, HSBC is synonymous with money laundering and has paid billions of US dollars in fines across the world.

“In Nigeria the bank laundered more than $100m for the late dictator, General Sani Abacha, in Jersey, Paris, London and Geneva. The bank is also involved with laundering proceeds of corruption for over 50 Nigerians including a serving Nigerian senator.

“We shall not rest until every penny belonging to the Federal Republic of Nigeria is repatriated to Nigeria as to improve the lives of the people.”

In a report by its Global Research unit, entitled, ‘Nigeria, papering over the cracks’ last week, HSBC had said President Buhari’s approval ratings sit near all-time lows, a development which largely reflects the impact of Nigeria’s painful recession in 2016-17 and the sustained economic hardship that has accompanied his presidency, including rapidly rising joblessness, and poverty.

The bank had said a second term for Mr Buhari “raises the risk of limited economic progress and further fiscal deterioration, prolonging the stagnation of his first term, particularly if there is no move towards completing reform of the exchange rate system or fiscal adjustments that diversify government revenues away from oil.”

The financial institution noted that while higher oil prices have brightened Nigeria’s macro outlook, boosting export earnings, improving the supply of foreign exchange, and supporting naira stability, the Buhari administration had yet to address the economy’s structural shortcomings.

It added, “Economic growth remains sluggish and reliant on the rebound in oil output while the non-oil economy, which accounts for about 90 per cent of GDP, continues to languish with many service sectors still mired in contraction.”

The bank said unemployment continues to rise, up almost three-fold in three years to 19 per cent in Q3 2017, pushing the number in poverty to 87 million.

It further stated that in addition to failing to address the country’s ongoing reliance on oil revenues and the issue of inadequate non-oil tax collection, the administration was also grappling with the challenge of having a large share of its budget directed to debt service.

The company noted that while the Federal Government’s debt management strategy of issuing external debt to redeem more expensive short-term government securities is helping reduce debt service costs in the near term, it “exposes the fiscal position to exchange rate risk in the event of a future decline in oil prices and naira devaluation.”

The bank stated that high oil prices had not translated into non-oil growth, adding that: “Nigeria’s reliance on fuel imports means rising international oil prices are pushing up the cost of fuel subsidies, estimated by the Petroleum Products Pricing Regulatory Agency $250m in May alone.”

56 thought on “EFCC slams foreign bank over prediction on Buhari”