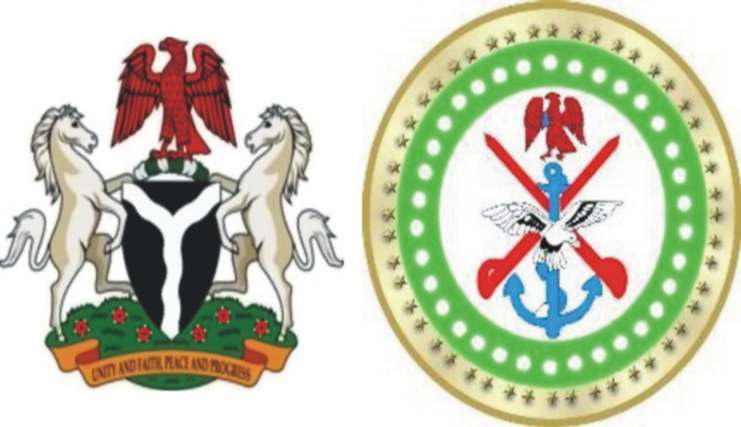 The Presidential Committee report on the Audit of Defence Equipment Procurement in the Armed Forces from 2007 to 2015 has accused Nigeria’s Ministry of Defence (MOD) of misappropriating N35 billion loan meant for the purchase of military equipment.

Reports by The PUNCH, revealed that a N35bn loan given to the Ministry of Defence for the purchase of Contingent-Owned Equipment was misspent on equipment, which did not meet the United Nations’ standards.

The committee, in its Fourth Interim Report, said it observed several abnormalities in the MOD’s administration and use of the N35bn loan.

The Fourth report, released on October 23, 2016, through the Office of the National Security Adviser (NSA) for submission to President Muhammadu Buhari, detailed how the MOD and the Debt Management Office (DMO) did not follow due process in the release and use of the N35bn loan.

It said that the lapses in the disbursement and administration of the N35bn should make the Federal Government call for a review of the “entire DMO loan portfolio with a view to remedying the observed lapses.”

Buhari had in 2015 approved that the committee should investigate the former service chiefs, military officers and ministry officials who were allegedly involved in the irregularities uncovered in the contract awards and procurement process.

The committee had said it was investigating 18 retired and serving military personnel, 12 serving and retired public officials and 24 chief executive officers of companies involved in the procurement.

But some of the senior officers who spoke to Global Sentinel on the issue, noted that most of the money were disbursed prior to 2010, before some of the accused took charge.

They wondered why some of the key players who were in charge from 2007 to 2010 were never mentioned in the report while the awards of contracts and disbursements were clearly stated to have been done within that period.

“This is what you should wonder and ask why these key players from 2007 to 2010 were never called to account and majority of the money were expended within this period. Read through again you will find out that most of the disbursement were done before 2010 but who and where are the key actors during that time? Mind you, the findings showed that most of the disbursement were done without reference to the offices of some of these senior officers and military chiefs in question,” a source told Global Sentinel.

The committee had in July 2016 released its Third Interim Report on the Audit of the Defence Equipment Procurement, which said that a total of N185bn and $685m were spent on procurement and operations between 2007 and 2015.

The Third Report stated that between 2007 and 2015, the committee found out that N71bn and $685m were spent on procurements for the Nigerian Army by the ministries of defence, finance, foreign affairs and environment.
Others mentioned in the Third Report were the Nigerian National Petroleum Corporation, the Central Bank of Nigeria and the Office of the National Security Adviser. The report said that some state governments, notably Adamawa, Kano and Yobe, as well as the ministries of finance and power also funded the army operations with N114bn during the eight years.
Our correspondent obtained the Fourth Interim Report on Wednesday, which further revealed that a N35bn loan given to the Ministry of Defence for the purchase of Contingent-Owned Equipment was misspent and failed to meet the UN standards.

The report partly reads, “In March 2008, the President approved the request of the Ministry of Defence for the procurement Contingent-Owned Equipment with a domestic loan of N35bn by selective tendering through Original Equipment Manufacturers or their representatives and reputable defence vendors. It was estimated that the nation would generate over N4bn annually from the COE and recoup the investment within nine years. Consequently, the Debt Management Office raised and transferred the loan into the MOD Unity Bank Operations Account in June 2008, instead of a dedicated capital project account.

“In spite of the sense of urgency created by the MOD, the funds remained inexplicably unutilised for the intended purpose for over nine months thus stalling the anticipated reimbursement and repayment of the loan for more than two years. MOD awarded the first set of eight contracts with a total value of N9.2bn in October 2018. However, while some of the equipment procured was not required based on the Memorandum of Understanding Nigeria signed with the UN, others were acquired at highly inflated costs, far above the Generic Fair Market Value recommended by the UN.
“Additionally, equipment that did not attract any reimbursement from the UN were procured in excess of the total requirements of the battalions in the UN Missions. For instance, procurement of the K-38 High-Speed Assault Patrol Boats awarded to Doiyatec Communications Limited at N3.12bn was wasteful as boats were not needed in the landlocked region of Sudan. Moreover, Level II Hospital was procured through Kishalom Nigeria Limited at N475m whereas the UN recommended only N10.5m for such equipment.”

The Presidential Committee report added that the MOD also retained the N35bn loan at the bank for 21 months and subsequently disbursed the outstanding balance of N28.4bn into six commercial banks.

It said, “Similarly, the MOD procured a large quantity of communications equipment from RCN Nigeria Limited and Richfield Technologies at the total cost of N5.2bn even though the equipment did not attract reimbursement from the UN. These trends manifested in all subsequent contracts awarded by the MOD from the N35bn loan, suggesting that the entire loan package was deliberately packaged to rip off the nation.

“Furthermore, the MOD contravened emphatic Presidential directive that the loan should be used only for procurement of COE that would generate reimbursement from the UN for repayment of the loan. The committee also established that in June 2010, MOD transferred the sum of N2.175bn from the 35bn to the Defence Intelligence Agency as a loan for construction of building for the Defence Section at the Nigerian Embassy in Brazil. However, the DIA could not account for the utilisation of the money released as it was confirmed that only N400m from the 2010 budgetary appropriation was remitted to Brazil for the stated purpose.

“Over N1bn of the N35bn loan was also used to settle bills of 10 revalidated contracts awarded in 2006. Unfortunately, some of the contractors still failed to perform or return the sum of N262m paid to it as 20 per cent mobilisation fees for contracts worth over N1.31bn. In the committee’s view, it was fraudulent and a disservice for the MOD to commit the funds into expenditures other than those approved by the President.”

Responding to the indictment of the Debt Management Office, Director General, Ms Patience Oniha, said there was actually a Memorandum of Understanding between DMO and the Ministry of Defence.
She said available record indicated that the ministry had been able to repay a significant part of the loan while the balance had been restructured.

Oniha said, “There was a loan to that effect. However, there was a MoU. There were terms. For confidential sake, I will not disclose the figures involved.

“The Ministry of Defence has been servicing the loan. The loan has not been fully repaid but there has been restructuring. They have made a significant repayment but for confidential purpose, I will not disclose the amount involved. For the President to grant a standalone approval means that there was some sense of urgency around it.”