US Considers Shutting Down Counter-Terrorism Units In Africa 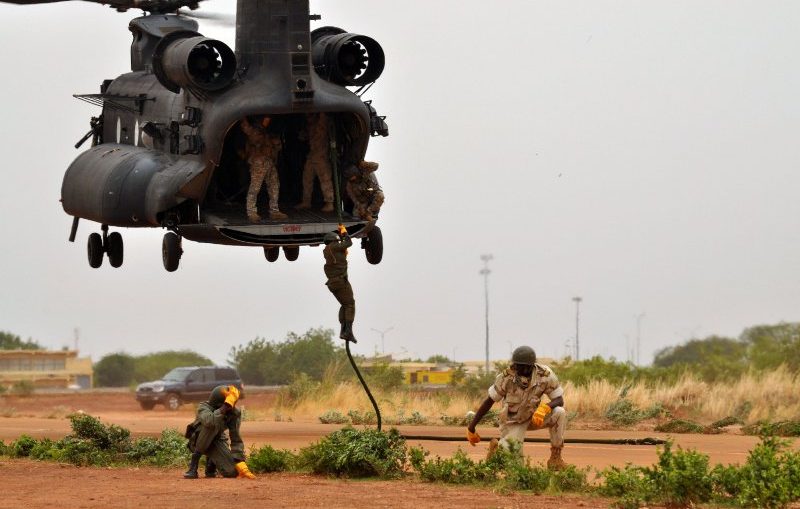 The Pentagon is looking at pulling nearly all U.S. commandos from Niger and shutting down most elite counter-terrorism units across Africa, according to a media report.

Pentagon officials tell The New York Times U.S. military outposts in Cameroon, Kenya, Libya and Tunisia would also be closed if Defense Secretary Jim Mattis approves the plans, but the U.S. would still have a large military presence in Nigeria and Somalia.

According to the Times, the move is part of a shift in U.S. strategy from battling insurgents to focusing on potential large-scale fighting.

But it also comes after a militant attack on U.S. soldiers in Niger last year left four Americans dead, which the Pentagon admitted was a failure on its part.

The newspaper reports hundreds of U.S. troops across Africa would be reassigned under the plan. But General Thomas Waldhauser, head of the African Command, had previously told the Times the U.S. would not “walk away” and abandon its mission to train local forces in counter-terrorism operations.

Some U.S. defense officials oppose the plan to close down military posts in Africa, saying it could cut U.S. influence at a time when China and Russia are looking to bolster theirs.

But one official told the Times that African countries have developed extremely capable counter-terrorism forces and many do not need a permanent U.S. presence.