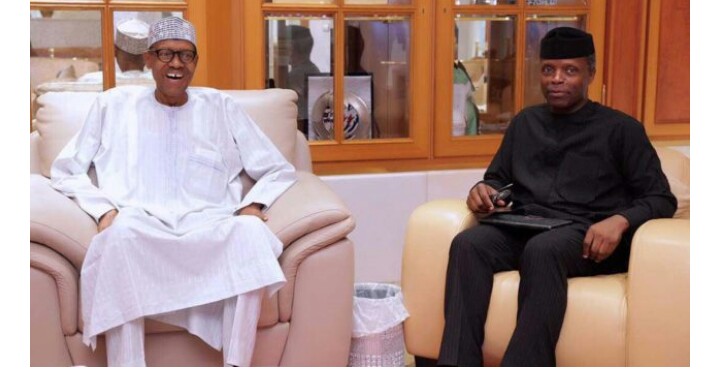 Nigeria’s Vice-president Yemi Osinbajo again on Tuesday made a case for state police in the country, which has been one of the many demands of the those calling for the restructuring of the country and has enjoyed the support of the Nigerian Senate.

The Senate on Tuesday, July 3 passed a resolution directing its Constitutional Review Committee to set up a mechanism to amend the constitution to allow for state police.

“I have argued in favour of State Police, for the simple reason that policing is a local function, you simply cannot effectively police Nigeria from Abuja,” Osinbajo said in a response to former Vice President Atiku Abubakar.

Osinbajo’s declaration is an affirmation of his consistency on the issue, for this is not the first time that the Vice President would make a call for state police.

A little over a year ago, he had advocated for the introduction of state police, through his Senior Special Assistant on Media and Publicity, in a radio programme at the Akure-based Orange FM and also endorsed it at a security summit organised by the Senate.

This could likely show that the President, Muhammadu Buhari and his vice do not hold a single thought to a matter involved in the security of their citizenry.

Buhari has over time rejected the state police despite the upsurge of killings across the country ranging from Boko Haram, farmers/herders clashes, assassins, abductors and kidnappers.

He said he was not convinced that there are sound economic bases on which establishment of state police could be affixed, saying most Nigerian states are not financially upright to sustain internal police system.

“We should have solved the current insecurity in the North-east and South-south by now. Can the states be able to shoulder the burden of the police?” Buhari said an interview with Aliyu Mustapha of VOA in Washington.

“You cannot just give someone guns and ammunition, train him and refuse to pay him, you know what will eventually happen.”

Security experts have predicted that with the establishment of state police, policemen and officers would enjoy a healthy synergy with the community that yields fruitful results.

They also noted that a well-managed state police would also enable state communities to know the proper police/citizen ratio in their states as stipulated by global best practice.

However, if eventually created, state police may be prone to mismanagement and may become tools of vendetta in the hands of politicians, a top Nigerian police officer warned.

“We Yorubas must be Proud of our Culture” – Osun Commissioner urges Yorubas across the globe.