UK Announces £70m Programme That Will Create 100,000 Jobs in Nigeria 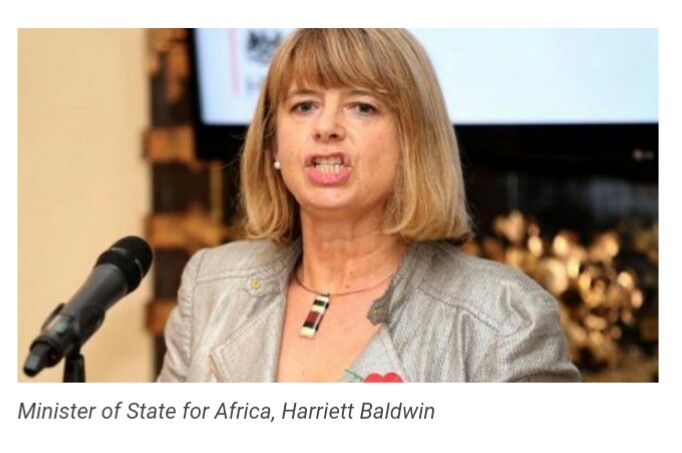 The UK Government has announced a new £70million programme to create 100,000 jobs in Nigeria, says the Minister of State for Africa, Harriett Baldwin.

Baldwin said this during a business event as part of the activities for Prime Minister Theresa May’s visit to Nigeria on Wednesday.

Baldwin, who led a business delegation to the event, said that the programme would raise the income of three million people from the poorest parts of Nigeria.

“Today, it is all about celebrating those links through technology and I am very excited that the Prime Minister is announcing today a new £70 million programme that will create some 100,000 jobs in Nigeria and will also raise the income of three million people from the poorest parts of Nigeria.”

The minister said that the event was celebrating the role of growing businesses and entrepreneurs and also highlighted the partnerships of both countries in the area of technological development.

She added that the delegation consisted of various UK businesses that were willing to invest “the kind of capital that creates jobs”.

The News Agency of Nigeria (NAN) reports that Vice President Yemi Osinbajo and the Ministers of Finance and Power, Works and Housing, Kemi Adeosun and Babatunde Fashola respectively, attended the event.

Osinbajo said that the Federal Government was keen on driving technology development in the country in support of the government’s economic growth plan.

The vice president said there was the need to create the right environment for technology companies to thrive and further gave an assurance of the government’s commitment to support innovation in the country.

“I think just looking at some of the start-ups that we see today, many of them started while the recession was on and they proved, by just a number of jobs, value and wealth created, that this is the future starting today.

“This is why we have started up first with the creativity and technology advisory group; many of these start-ups are members of this group where they help to formulate policies with Federal Government policy makers especially in fintech, which are some of the new areas we need to formulate policies.”

NAN also reports that the event, held at Ventures Park, an innovation hub and co-working space for entrepreneurs, showcased a number products from start-up entrepreneurs.

The founder of Ventures Park, Mr Kola Aina, said that the government’s `ease of doing business’ policy had been “relatively helpful” to the growth of small and medium-scale business in the country.

“There is also a lot of talk about incentives like the pioneer start-ups programmes that we are looking to see how start-ups can begin to benefit from.

“More than ever before, we are starting to see a lot of support from the government.”

The event simultaneously held a panel discussion highlighting opportunities for doing business among businessmen of both countries.

The panel included Fashola, Adeosun and other key government representatives.

The Lord Mayor of the City of London, Charles Bowman, was also part of the discussions alongside several other UK businessmen.

May’s visit to Nigeria is part of her tour of some African countries.

The Prime Minister is expected in Nairobi on Thursday, where she will meet President Uhuru Kenyatta and see British soldiers from Kenya and other African countries in the techniques needed to identify and destroy improvised explosive devices before they go to fight Al-Shabaab in Somalia.

She is accompanied by a 30-man business delegation as part of her efforts to “deepen and strengthen” partnerships around the world as the UK prepares to leave the European Union next year.