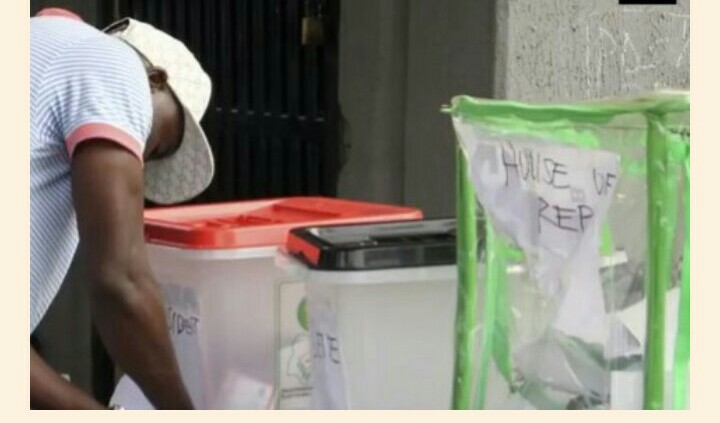 Ahead of the 2019 general election, the ugly streak of pre-election voter-inducement now pervades most parts of the country as desperate politicians are in a frenzy with subversive philanthropy ranging from distribution of free sewing machines, tricycles (Keke), cash and, in the extreme, vote-buying on election day.

The enormity of the situation is causing serious concern among some Nigerians, who warned that if the situation is not stopped, the vulnerable voters may be induced to give their votes to the wrong people and thereby mortgage their future.

Zainab Marwa-Abubakar, an aspirant to the seat of Bwari/AMAC Federal Constituency of the Federal Capital Territory (FCT) for the House of Representatives under the All Progressives Congress (APC), told BDSUNDAY in an interview that the sad development is caused by the widespread poverty of the electorate, even as she admitted that the nefarious act is rampant in her constituency.

“The people at the grassroots are only remembered during election time. That is the only time they can eat. So when person X is running for an election, he will look for people and give them N10,000 or N20,000; even some are sharing cars, sharing lots of money, and what happens is that when they win and get to office, they completely forget the people because that N10,000 has bought their votes. That is why the politicians neglect the welfare, education and health of the people,” Marwa-Abubakar said.

She, however, noted that having served the people with her NGOs, she is well equipped to change their lives through proper education and skill acquisition that will make their lives better if given the chance.

He called on the authorities to invoke sanctions on both those who give and those who take bribes, warning that without such sanctions Nigeria cannot make any progress. He also called on Nigerian politicians to hold a political summit to have some benchmarks that are irreversible in order to hold political office holders to account.

Majeed Dahiru, a public affairs analyst, lamented that the people have little or no choice against such inducements because they have been impoverished by the type of political system that Nigeria operates.

“The people have no choice at all, so they wait for the best among those tokenistic gestures,” Dahiru said.

He added that none of the political parties has clear-cut solutions for the country’s revival towards a path of peace, progress and prosperity, stressing that the competition among the parties for power is more like a competition of incompetence.

He, however, urged the Nigerian electorate to realize that there is need for a paradigm shift from the current status quo, warning that if they continue to fall prey to the subversive inducement of the politicians, they will always remain the victims.

BDSUNDAY had authoritatively gathered that ahead of the general election, vote-buying has already started in Abuja as some politicians alleged to be loyal to the ruling APC have hit the nation’s capital to buy up those who have obtained their Permanent Voter Cards (PVCs).

At the Apo Dutse and Apo Resettlement Zone A, both PVC collection centres designated by the Independent National Electoral Commission (INEC), the alleged APC supporters were said to have invaded the centres with huge sums of money to induce voters to give details of their PVCs and other identities, which they hoped to exploit in the 2019 general elections.

“The APC supporters came to the centres with huge sums of money and they were dashing people N20,000 each and collecting their names and the numbers on their PVCs and other personal information. Even my wife also got N20,000,” he said.

In Anambra State, the dictum for vote-buying was “vote and show”, where the voters showed evidence of casting their votes for particular political parties before collecting their money. In Ekiti, it was “vote and see”, among other nefarious methods.