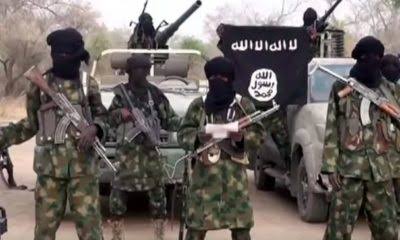 “In the confusion, the Boko Haram gunmen seized six men and slaughtered them,” militia leader Babakura Kolo told AFP from the state capital of Maiduguri.

“The bodies of the six victims were found this morning (Sunday) when residents returned to the burnt village,” Kolo said.

A village resident, Aisami Grema, gave a similar death toll, adding that police stationed in the village did not fight the Islamists.

“The police made no attempt to engage the Boko Haram fighters,” Grema said.

The militants ransacked the village for two hours before leaving, said another resident Masida Umar.

The attacks on civilians come after the Islamists have launched a series of assaults against Nigerian troops, putting pressure on President Muhammadu Buhari’s government to tackle insecurity in Africa’s most populous country ahead of general elections in February.