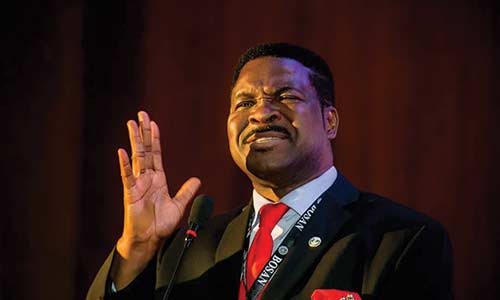 An advocacy group, Socio-Economic Rights, and Accountability Project has written to the United Nations over the arrest and detention of a reporter with online medium, Premium Times, Samuel Ogundipe, by the police Special Anti-Robbery Squad.

This was as a Senior Advocate of Nigeria, Chief Mike Ozekhome, condemned the arrest and detention of the journalist, describing it as a re-enactment of the “inglorious locust days of Decree No. 4 of 1984 under President Muhammadu Buhari, then as a military dictator.”

In a letter dated August 14, 2018, and addressed to the UN Special Rapporteur on the Promotion and Protection of the Rights to Freedom of Opinion and Expression, Mr David Kaye, SERAP said it was worried that media freedom was being eroded by the police in Nigeria.

It urged the UN to urgently intervene and prevail on the Federal Government and the Inspector-General of Police, Mr. Ibrahim Idris, to immediately free the detained journalist and stop the move to criminalise the freedom of expression in the country.

“There is a compelling public interest case in the protection of journalists’ sources. In this case, the attempts by the Inspector-General of Police to force Samuel Ogundipe to disclose the sources of his story cannot be justified on the grounds of public interest.

“In SERAP’s view, the continued detention of Samuel Ogundipe for having refused to reveal the source(s) of his story has violated not only his right to personal liberty but also his right to freedom of expression.

“We, therefore request the Special Rapporteur to prevail on the Inspector-General of Police to immediately and unconditionally release Mr. Samuel Ogundipe and to end the intimidation and harassment of journalists and the media,” SERAP said in its letter.

Ozekhome, in a statement, pointed out that journalists were protected by Section 22 of the Nigerian constitution to hold government accountable and responsible to the citizens.