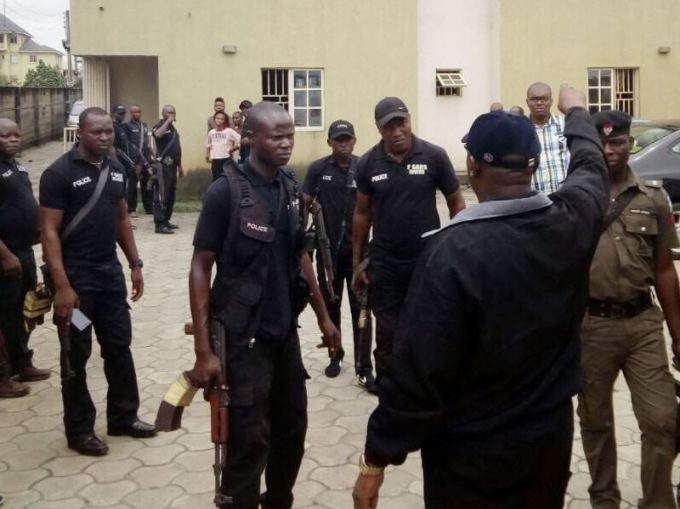 The Inspector General of Police (IGP), Ibrahim Idris, has within hours complied with the directive of the Acting President Yemi Osinbajo, to overhaul the Special Anti-Robbery Squad (SARS) of the Nigerian Police.

Idris has gone ahead to renamed SARS to Federal Special Anti-Robbery Squad (FSARS) and appointed a new Commissioner of Police to supervise the unit.

Hours earlier, Osinbajo had in a statement on Tuesday, signed by the Senior Special Assistant to the President on Media & Publicity, Office of the Vice President, Mr. Laolu Akande, also directed for investigation on alleged violations of the squad.

Part of the statement read: “Following persistent complaints and reports on the activities of the Special Anti-Robbery Squad (SARS) that border on allegations of human rights violations, Acting President Yemi Osinbajo, SAN, has directed the Inspector General of Police (IGP) to, with immediate effect, overhaul the management and activities of SARS and ensure that any Unit that will emerge from the process, will be intelligence-driven and restricted to the prevention and detection of armed robbery and kidnapping, and apprehension of offenders linked to the stated offences, and nothing more.

“The Acting President has also directed the IGP to ensure that all operatives in the emerging Unit conduct their operations in strict adherence to the rule of law and with due regard to International Human Rights Law and the constitutionally guaranteed rights of suspects. The operatives should also bear proper identification anytime they are on duty.”

“In the meantime, the Acting President has directed the National Human Rights Commission to set up a Special Panel that will conduct an investigation of the alleged unlawful activities of SARS in order to afford members of the general public the opportunity to present their grievances with a view to ensuring redress.”

In compliance with the Presidential directives, the IGP Idris ordered the immediate overhauling of the SARS to address complaints and allegations on human rights violations against some of the personnel of the infamous unit from members of the public in some parts of the Country.

The Force Public Relations Officer (PRO), DCP Jimoh Moshood, said in the new arrangement, a new Commissioner of Police has been appointed as the overall head of the Federal Special Anti-Robbery Squad nationwide.

He also said that i observance of full compliance with the Presidential directives, the FSARS will be intelligence driven and will be restricted to the prevention and detection of Armed Robbery, kidnapping and the apprehension of offenders linked to the stated offences only.

According to him, the new FSARS Commanders are being appointed across the country that will now exist and operate in the State and Zonal Commands under the Commissioner of F-SARS at the Force Headquarters, Abuja. He also said that Federal SARS Commander of a Rank of Chief Superintendent of Police (CSP) but not below Superintendent of Police (SP) will be in charge of FSARS in State and Zonal Commands across the Country.

The Force PRO also said that all Commissioners of Police have been directed by the IGP to comply with this directive with immediate effect and warn their personnel not to pose as SARS operatives. He stated that the IGP X-Squad and Monitoring Unit have been mandated to go round the Commands and Police Formations nationwide to ensure strict compliance with the Presidential directives and apprehend any erring police officer.

Moshood further stated that a new Standard Operational Guidelines and Procedures, and code of conduct for all FSARS personnel to ensure that their operations is in strict adherence to the rule of law and with due regards to international human rights law and constitutionally guaranteed rights of suspects will be enforced in totality by the Commissioner of Police, FSARS.

He listed other measures to be implemented by the Force in observance of full compliance with the presidential directives including: Human Rights Desk Officers for FSARS in every State to take complaints from the public and forward same to Force Headquarters, the officer will be answerable to the Commissioner of Police, FSARS at the Force Headquarters and not Commander FSARS in the States.

Moshood assured the Force will be transparent, cooperate, and work cordially with the National Human Right Commission (NHRC) on the special panel that will conduct an investigation of the alleged unlawful activities of FSARS to address grievances from the public against the personnel of FSARS in compliance with the presidential directives.

He further stated that a new training program to be organized by the Force in collaboration with some Civil Society Organizations (CSOs), Local and International NGOs, and other Human Rights Organizations on core Police Duties, Observant of Human Rights and Handling, Care and Custody of Suspects have been directed by the Inspector General of Police for all Federal SARS personnel nationwide with immediate effect.

To this end, Moshood said the committee of Senior Police officers, Technical Consultants, Human Rights/Civil Society organizations (CSOs) has been setup to review the activities of FSARS under the new arrangement.

He said these CSOs, are to pay unscheduled visits to FSARS formations across the country with particular attention to States with high complaints index, to assess facilities and situations in these States and submit report to the Inspector General of Police on regular basis.