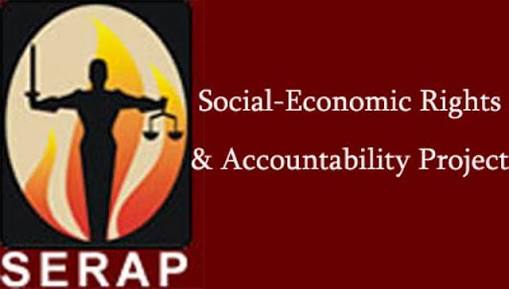 Socio-Economic Rights and Accountability Project (SERAP) has called on the National Broadcasting Commission (NBC) “to immediately lift the ban on Jay FM 101.9 Jos, stopping the radio station from playing songs such as Falz’s ‘This is Nigeria’, Wande Coal’s ‘Iskaba’ and Olamide’s ‘See Mary, See Jesus’, and rescind the unlawful fine of N100,000 imposed on the station.”

The organization said the action by the NBC “amounts to illegal restrictions on media freedom, the right to freedom of opinion and expression and free information and ideas.”

The NBC had in a letter dated August 6th, 2018 and addressed to the Chief Executive Officer, JODAJ Global Communications Limited, Jos, owners of Jay FM 101.9 stated varying reasons for the ban and fine ranging from ‘vulgar and indecent lyrics’ in contravention of the body’s regulations.

Also Read:
WATCH: Movie Trailer Of ‘The Four Boys’ (An Aluu 4 Movie)
But in a statement, today signed by SERAP deputy director Timothy Adewale, the organization expressed “Concern about the censorship of the media and songs deemed ‘vulgar and indecent’ by the NBC, as such action risks undermining legitimate expression and independent voices. The NBC must immediately lift the ban on the radio station and rescind the arbitrary fine.”

The organization said, “The right to freedom of expression, information and ideas is applicable not only to comfortable, inoffensive or politically correct opinions but also to ideas that offend, shock and disturb. The constant confrontation of ideas, even controversial ones, is a stepping stone to achieving a vibrant democratic society, transparency, accountability and respect for the rule of law.”

The statement read in part: “Vague rules on vulgarity and indecency should not be used subjectively to ban or fine independent media outlets, particularly radio and television channels. The action by the NBC can create an uncertain environment for radio and television stations and media professionals in general and lead to fostering self-censorship and shunning any meaningful criticism of public policies and authorities.”

Also Read:
Nollywood Stars Turn To Pornographic Roles
“The NBC is adopting vague rules vulgarity and indecency to undermine freedom of expression, right to information and opinion. By banning the radio station from playing the songs, the NBC is not only undermining and harming the station, but also undermining everyone’s right to information, public participation and open and democratic governance”

“Article 19 of the International Covenant on Civil and Political Rights to which Nigeria is a state party includes the right of individuals to criticize or openly and publicly evaluate their Governments without fear of interference or punishment.”

“It is important for the NBC to strive to promote diversity of views, and the media’s importance as a platform for public debate about important matters of public interest and ideas. Censorship or impermissible restrictions in the exercise of media freedom and freedom of expression can restrict free circulation of ideas and opinions and impose obstacles to the free flow of information.”

Also Read:
Blackface on N52m deal with Franchise Events Limited
“Freedom of the press and other news media afford the public one of the best means of discovering and forming an opinion of the ideas on political and social issues and other issues of public interest. Not only does the NBC have the task of ensuring that radio stations and other media organizations can function effectively to impart such information and ideas: the public also has a right to receive them.”

“SERAP notes that three clear-cut conditions must be respected for any limitation on the right to freedom of expression and free information: (a) restrictions must be established in law; (b) they should pursue an aim recognized as lawful, and (c) they must be proportional to the accomplishment of that aim. SERAP considers the action by the NBC against the radio station to be inconsistent with the principle of proportionality and therefore impairing the free exercise of the right both to impart and to receive information and ideas.”

Also Read:
Nigerian Singer, OJB Jezreel Dies At 49
It would be recalled that the NBC had cited the radio station’s airing of a song by Falz titled “This is Nigeria” saying the song was laced with vulgar lyrics, ‘this is Nigeria, look how we living now, everybody be criminal.’ Also, the NBC cited the airing of a song by Wande Coal titled, ”Iskaba” as laced with vulgar lyrics, ”Girl you de make me kolo, shaking the ass like kolo” in contravention of Section 3.6.1 and 3.13.2.2c.’.

The NBC also cited Jay FM airing a song by Olamide titled “See Mary, See Jesus” which it claimed was laced with casual use of the names of “Mary” and “Jesus” regarded as sacred by the Christian faith which contravenes Section, 4.3.1e.