Tambuwal Commiserates with the families of murdered Police officers, Condemns the attack 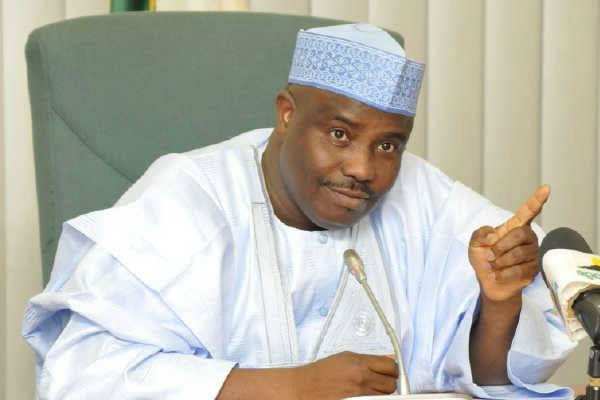 I wish to commiserate with the families, friends, colleagues and associates of all our beloved fellow citizens, who lost their lives in the persistent and senseless killings now occuring in all parts of our dear country. Indeed, the growing spate of mindless shedding of innocent blood, especially of policemen and other security personnel on their lawful duty posts, has brought a new dimension to the reprehensible state of insecurity in the country.

Last May, three policemen were shot dead in Sokoto State by kidnappers, who abducted a Syrian national they were escorting. A few days later, four police officers were ambushed and killed in Benue State. Last week seven policemen were reportedly gunned down in cold blood in Abuja, and their arms and ammunition taken, by unknown persons. This is happening amidst repeatedly reported cases of attacks on police stations and other security facilities in various parts of the country.

The question from every law abiding citizen today is: “Who will protect us, when even those constitutionally charged with the responsibility of protecting our lives and property have, themselves, become vulnerable targets of criminals? Where shall we run to for protection, when the institutions of State put in place to protect us are being progressively dismantled by opportunistic criminality and the trained personnel are also on the run?

It bears repeating for me to state here that Nigeria’s security architecture and the strategies currently adopted and deployed for national security, if any, need a comprehensive overhaul. It is not working. The needless waste of life everywhere, both those of trained security personnel and ordinary citizens, is a drain on the nation’s resources and an unacceptable diminution of our valuable human capital.

Every policeman or military personnel is someone’s father, mother, brother, sister, uncle, aunt or friend. The number and frequency of deaths is undermining our humanity, making us less sensitive to the gravity of the situation we are in today and also creating a new generation of Nigerians, who may get accustomed to inhuman acts as the norm.

The worst part of all this is that these deaths are avoidable and the killings preventable. It boils down, at the end of the day, to failure of leadership. Nigeria cannot progress and be part of a 21st Century forward looking world by creating new batches of mourners every other day. This is not the way to go. That is not what Nigerians voted for in 2015.

That is not what will build a virile, united, united, politically stable and economically prosperous African Giant.

10 thoughts on “Tambuwal Commiserates with the families of murdered Police officers, Condemns the attack”