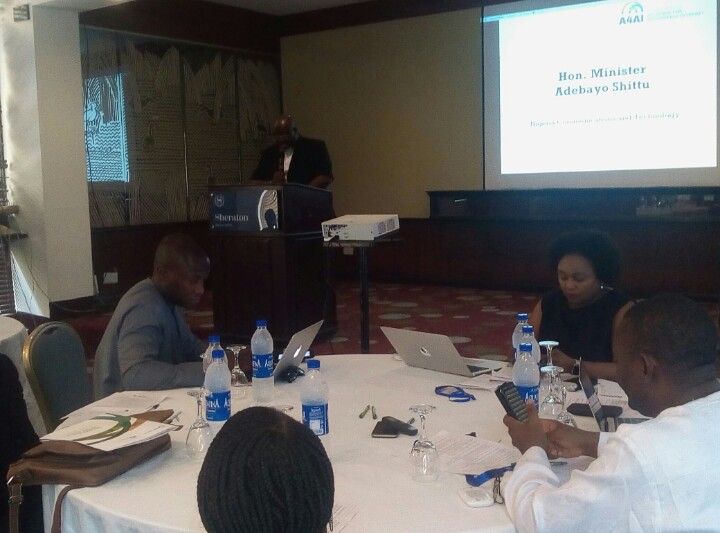 The Alliance for Affordable Internet (A4AI) Nigeria Coalition has called on Federal Government on the need for urgent Broadband Plan Policy Review Committee for the next five years to be set up so as to fast-track the realisation of her digital inclusion and broadband affordability agenda for all Nigerians.

This call was made today at A4AI Coalition Meeting in Abuja, a multi-stakeholder deliberations aimed at brigding the digital divide through improved broadband access and affordability for the unserved communinites and citizens.

Speaking at the event, Ernest Ndukwe, A4AI National Coordinator, stated that one of the expected outcome of the meeting was to ensure that the government set up Broadband plan and policy Review committee for the next five years which would automatically expedite the implemetation of improved broadband penetration across the country.

Responding to this call, Honourable Minister of Communication, Barrister Adebayo Shittu who was also the special guest of honour at the meeting said that the Ministry of Communication is currently working to inaugurate the Broadband Policy Review committee with the aim to influence the global policy for digital inclusion, broadband access and its affordability.

He added that the Ministry remains resolute to not only create policies and incentives but to also collaborate with the Coalition towards achieving the Sustainable Development Goal of Universal access to internet/broadband.

“Ministry of Communications under my watch is committed to surpassing the 30% broadband penetration in Nigeria by the end of 2018, said the Minister”

Also present at the event was the Secretary for the Universal Service Provision Fund (USPF), Mr Ayuba Shuaibu, ably represented by Babagana Gilman, who stated that USPF being an agency under Nigerian Communication Commission (NCC) has come up with an Eight-Point Agenda which is a collective agenda for both NCC and USPF to improve on the Universal access to broadband plan by all Nigerians.

“We only have specific agenda that covers the interests of all, one of which is e-accessibility project.” he said.

One thought on “A4AI Nigeria: Coalition calls for Broadband Policy Review Committee for the next five years”