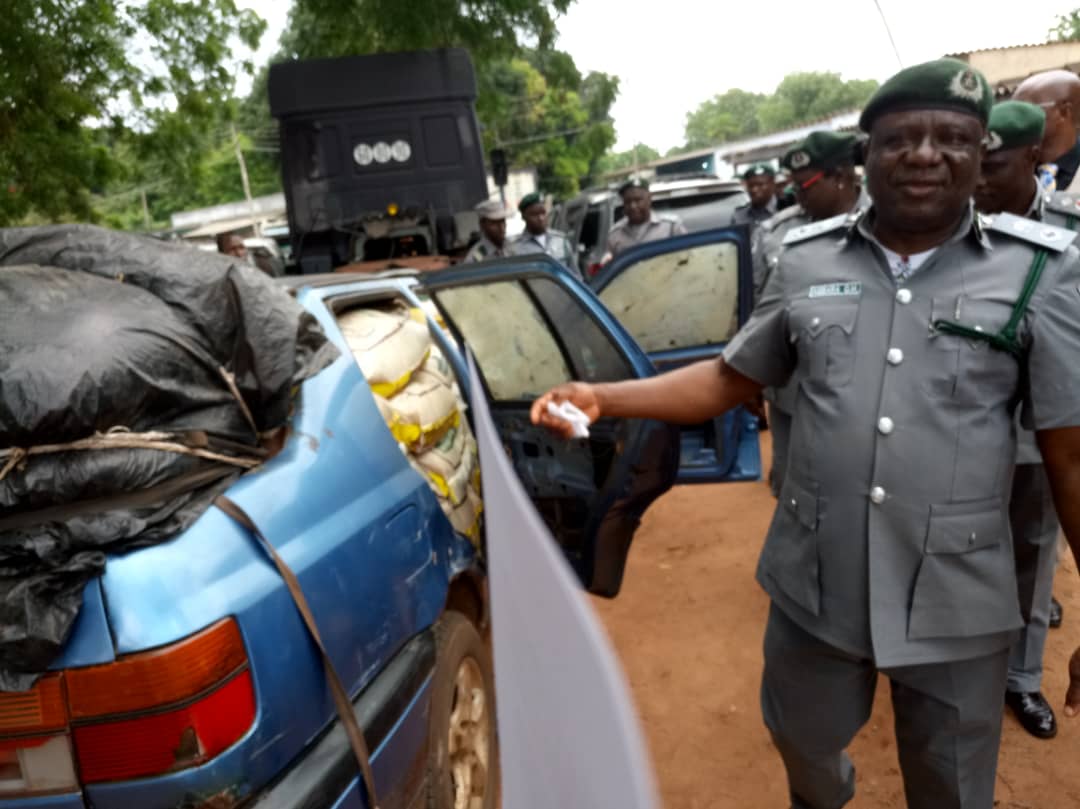 The Ogun Area Command of the Nigeria Customs Service said on Tuesday that it has generated a total revenue of N437, 860,681 between May 2nd and June 4th 2018.
The Area Controller of the Service, Michael Agbara, disclosed this at Idiroko while conducting journalists round the various seizures made during the period under review.
He said some of the seized items include 51 vehicles, 5,103 bags of foreign rice, 135 kegs of vegetable oil, 33 bags of sugar, seven bales of 36 sacks and 300 foot wears, 129 pieces of used tyres, 102 kegs of petrol and one sack of ladies handbags.
The controller sought for improved collaboration between sister security agencies and other relevant stakeholders in ridding the state of smuggling activities.
According to him, “The aforementioned achievement notwithstanding calls for concerted efforts of the media, traditional ruler and eminent personalities in fight against smuggling.
“They are expected to discourage their wards that indulge, aid and perceive smuggling to be legitimate way of livelihood.
“Permit me to seize this opportunity to inform you that 6,750 bags of rice, 610 jerry cans of vegetable oil, 59 bags of sugar, 326 bakes of second hand clothings, 100 cartons and 5,703 pairs of different forms of shoes among other items will soon be evacuated from both Abeokuta and Idiroko government warehouses by Nigeria Army Corps of Supply and Transport for onward discovery to IDP’s in Borno state.
” Above categorically affirmed the unity of purpose, synergy and collaboration that exist and cuts across all hierarchies of different security services in Ogun State and Nigeria at large”.