Bodex Media Awards Otunba Gbenga Daniel, As The Most Industrious Past Governor Of The Year 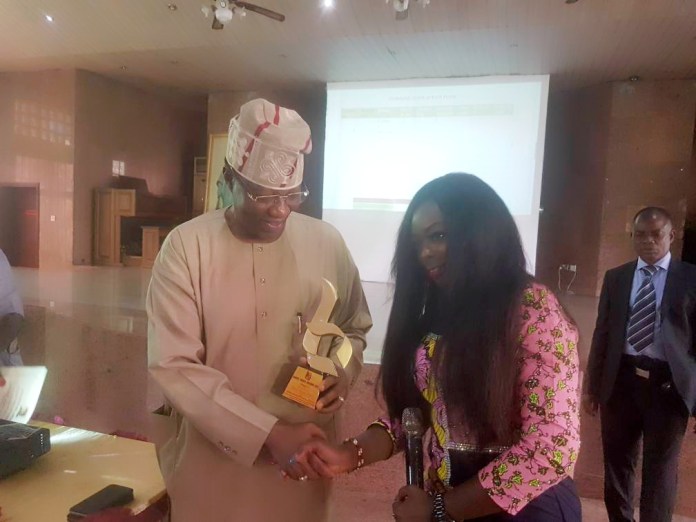 His excellency, Otunba Gbenga Daniel, the former Governor of Ogun state has been honored with an award of the most industrious past Governor of the Year, 2018. The award was made by the leading media house, Bodex Media, a subsidiary of Bodex Group International.

The MD/CEO of Bodex Group International, Ms Florence Hungbo, saw the former Governor as an illustrious son of the soil who is worth celebrating. Disregarding the negativity purged by the society, Bodex Media chose rather to celebrate the success of the magnanimous OGD as he is fondly called as his journey up till this moment didnt just happen by the snap of a finger.

He faced many obstacles, pitfalls and challenges which have shaped the man he has become. Uncommonly, he strove through the highly competitive field of electro-mechanical engineering at the University of Lagos. His drive for success birthed Kresta Laurel Limited (KLL), a company that started in a small bedroom in Festac, Lagos. This company today is no doubt a leading engineering firm competing side by side with companies across the globe.

In 2010, KLL won the African Order Merit in cranes, Institute of Government Research and Leadership Technology in 2013 and KONE best performers award in 2017, to mention but a few.

Otunba Gbenga Daniel further showed his entrepreneurial prowess as he delved into hospitality with the establishment of the Conference Hotel & suites at Sagamu, Ijebu ode and Ikorodu respectively, offering world class comfort and luxury- a home away from home. A feat which for him is a rarity in the Nigerian political space, to have a former governor excel as an entrepreneur.

During his tenure as the Governor of Ogun state, Otunba Gbenga Daniel illuminated the darkened areas of Agbara and Sagamu to the eyes of investors, transforming them to choice investment destinations in Sub-Saharan Africa. The Agbara industrial estate was revived to compete with businesses in Lagos and further boost the economic growth in Ogun state. The once non-bubbly Sagamu town became home for multinationals and blue-chip companies like Nestle International, Coleman Wires and Cable, Eterna Plc, Wichtech Group, amongst many others. an haven for international investors who wish to do business in Nigeria without the bureaucracy and hassle that comes with such. Little wonder the Nigeria Liquefied Natural Gas (NLNG) moved its multi-billion dollars supply chain project to Ogun state, with the state also getting Dangote Group to commit to building the biggest refinery in the world there.

Aside all these achievements, Otunba Daniel has shown his ingenuity by the continued development he sought for the state. A man of his caliber successfully built a multi-billion naira business empire and also redesigned the State. He is also the pioneer of one of the biggest political academy (POLA) to cater for effective and positive politicking. He is the Chairman, Nigeria/Finland Business Council and one-time Chairman, Governing Council, Federal University, Kashere, Gombe State. A Fellow of the Nigerian Society of Engineers (FNSE) and Fellow of the Nigeria Academy of Engineering (FAEng).

All these set His Excellency, Otunba Gbenga Daniel, apart as the most industrious past Governor for the immense hard work and state development amongst his peers worthy of recognition. He is also a great man of a rich heritage who has done good for himself and also, achieved uncommon achievements that had given the younger generation a new facelift of leadership.