Population Council holds Dissemination of #HIVSelfTesting Study: ‘Do it Yourself’ in Abuja 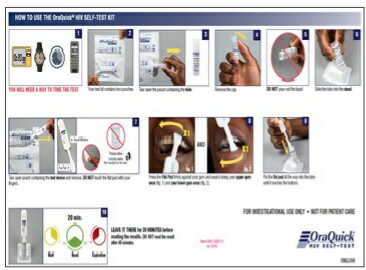 Population Council has held dissemination event of yet another research breakthrough on HIV Self Testing (HIVST) study in Abuja today.

This research breakthrough was based on feasibility and acceptability of HIV Self-Testing amongst men who have intercourse with men (MSM) in Nigeria over a period of time.

Study is one of the first studies to report actual usage, positivity rate, and linkage to care among men who have sex with men (MSM) in sub-Saharan Africa”

“HIV Self-Testing provides an alternative to facility-based HIV testing services. It allows for the user to perform the test discretely and at a time most convenient for them” said Adebajo

“We conduct research and inform policy in nearly 50 countries of the worldwide” she stated.

Population Council while sharing findings from the study at the event said although there are HIV Self testing Kits of other brands that can be purchased over the counter at any pharmacy store, however this study has proven that the “HIV self testing” or “Do It Yourself” is the most prefered methods by most Nigerians due to likely stigmatization associated with being HIV positive in Nigeria.

“From the study, we gathered that majority of the participants were very satisfied with the HIVST process because of its relative easiness, confidentiality and painlessness.” said Osasuyi.

Dr Jean Njab, Director Programs (HIV Unit) Population Council during his presentation stated that the “study being the first of its kind in Nigeria would hopefully expedite policy change that will include HIVST into the Nigeria National HIV Guideline that will facilitate reduction in the burden & unmet need for HIV testing to early treatment, care and support”

Dr Sunday Aboje, National Coordinator HIV/AIDS, Federal Ministry Of Health who was present at the event made a shocking revelation when he mentioned during his key note address that well over 14 millions people across the world still live with HIV/AIDS and never bothered to check their status.

“Globally, more than 14 millions living with HIV/AIDS do not know their status which makes it more imperative to seek a more convenient methods such as HIVST to ascertain our status” said Akoje.

Dr Adebajo however during her closing remarks called for more collaboration to scale the project and thanked all participants present.