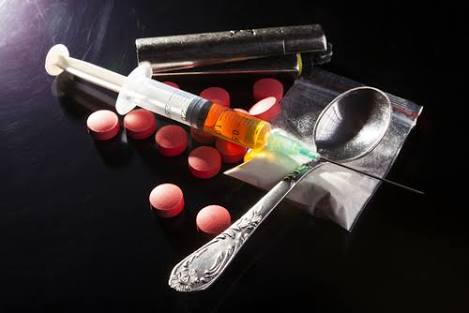 Corps members under the aegis of Sustainable Development Goals, SDGs, N‎ational Youths Service Corps have called on youths and secondary school students in Odeda local government area of Ogun State to shun drug abuse and abstain from immortal acts considered harmful by societal norms.
‎
Speaking through comrade Afolabi Ismail, the SDGs’ president and Taiwo Ifeoluwa, the corps members made the call while addressing scores of students at Egba Odeda High School along Abeokuta – Ibadan express road in the state, today. They sued for attitudinal change and supports for the group’s aggressive campaign against misuse and abuse of drugs, themed: “War Against Drug Abuse.”
‎
According to the president, drugs are generally pharmaceutical and chemical substances manufactured to cure, treat or prevent illnesses while drug abuse results from illegal or non-medical use of the substance for purposes such as mood activation or  body altering, particularly in large doses.
‎
He added that paracetamol, aspirin, codeine, antibiotics and sedatives are the commonly abused prescription drugs, naming cannabis, alcohol, and tobacco ‎as commonly abused nonprescription drugs. He lamented that, overtime, both could lead to social, physical and psychological problems.
‎Socially, the First Class graduate of Linguistic and Communication Studies, Osun State University, Osogbo, Osun State maintained, “drug abuse can trigger criminal acts such as rape, child abuse, domestic violence, assaults, robbery and other self destructive occurrences including injuries from intoxication and lifelong complications.”
“On the physical side, drug abuse can lead to health problems such as cancer, liver problems, kidney problems, ulcer, death, and bad image. But, worst still are the psychological effects of the act which include but not limited to distorted thinking, addiction, dependence, pyschotic disorders, anxiety and depression.”
“Besides, it can also ‎rob off negatively on your education, lead to poor judgment of events, memory loss and inspires aforesaid criminal acts which can in turn lead to suspension or an outright expulsion from school or even, imprisonment.” He noted.
‎
Taiwo Ifeoluwa, a Chemistry graduate from the University of Ilorin, Ilorin, Kwara State in her contributions, flawed the popular perception that drug abuse serves as oil of conversation, motivation and improved performances just as she charged concerned authorities to look into the menace and offer exist strategies.
The corps members prayed the students to avoid the deadly act and any forms of unholy peer influence or groups capable of ruining their dreams, saying: “Drug abuse is of no value. Shun it. Don’t live to eat and drink. Eat and responsibly drink to live. Responsible consumption and production is a necessity for a successful life and sustainable development.”
‎
“At this juncture, we hereby call on all constituted authorities and concerned stakeholders not to rest on their oars. Join the campaign against drug abuse and put up necessary arrangements not just to punish erring youths but also, to rehabilitate them.” ‎