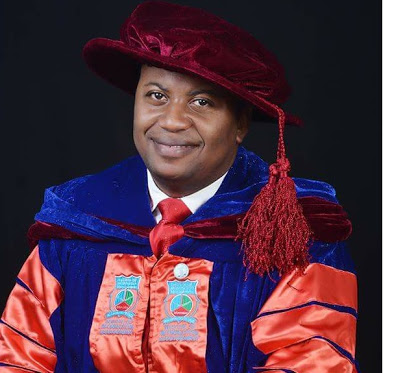 In a statement made available to LEADERSHIP, Maduka gave the names of the successful candidates who emerged as the IIM’s new governing council as

In his acceptance speech, the reelected president, Oyewole, congratulated his fellow council members and thanked the nominating committee for successfully conducting the election in an open, free, fair and transparent manner.

He said, “A big congratulations to all our valued members, contestants and the institute for the success of the just concluded election. I believe this is the beginning of greater achievement and height of the Institute.

To all that voted, I remain loyal to you and the cause, with a promise to continue to evolve with greater ideas and initiatives aimed taking us to the Promised Land”.

Meanwhile, while releasing the result of the election, the electoral officer congratulated the successful candidates on the keenly contested election and implored others to join hands in the building of the institute.

Maduka said, ” I am pleased as the chairperson of the electoral panel that conducted the keenly contested election to say that the e-election was free, fair and credible. It was with trepidation that I accepted to be the chairperson of the electoral panel but with the support of my committee members, the secretariat and all the contestants, the panel was able to conduct the election satisfactorily. From the build up to the debate and the election proper, the process was rancour free.

“The Institute is peopled by men of high parvenu and serves as bastion of integrity for the society, hence, those that should be at the helm of affairs must not possess the traits expected of a member of IIM-Africa.”

He, however, advised the winners not to adopt the ‘winners takes it all’ attitude, while imploring those that lost, to be gallant in defeat and take it in their strides. Maduka added, “Meanwhile, the management of the Institute has decided to constitute a committee tagged, “Performance Monitoring Committee” which will be headed by a chairperson to be determined by the council after the inauguration.

“All other contestants that did not win in the just concluded election are automatically drafted to the committee which is voluntary” he said.