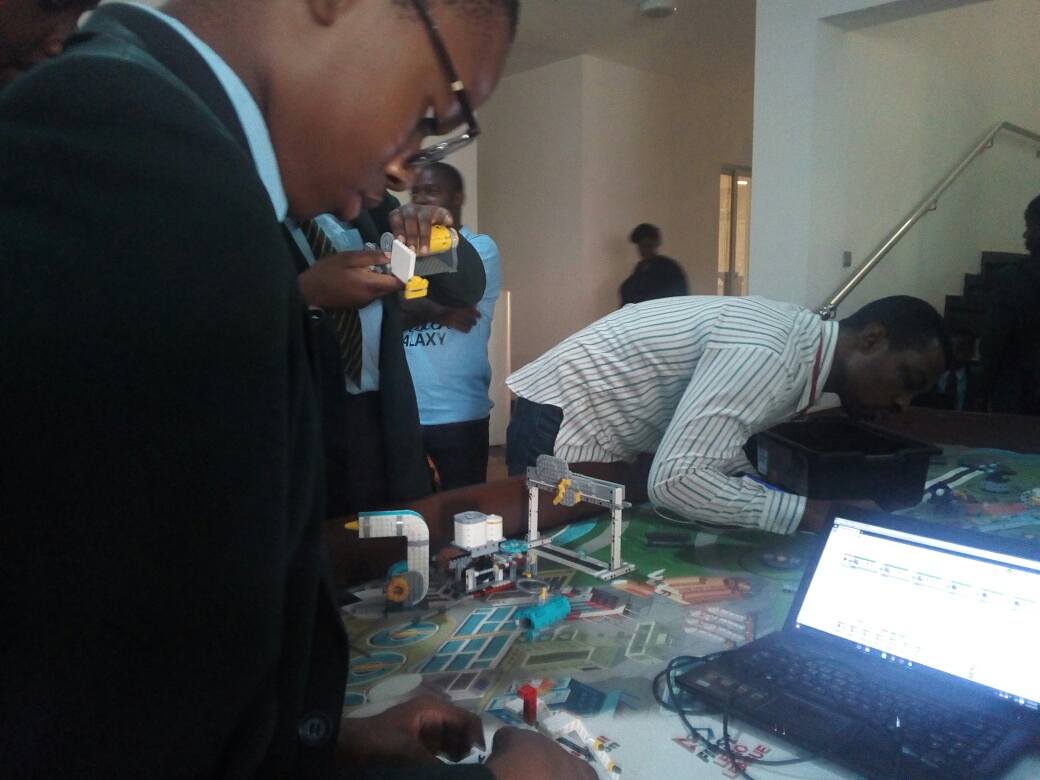 National Association of Proprietors and Private School Owners (NAPPS) in collaboration with CODERINA and SAP had hosted yet another annual FIRST LEGO League (FLL) Robotic Competition for both the private and public secondary school students in Abuja yesterday.

The 2018 FLL tournament with the

theme “Hydro-Dynamics” had student participants from 10 public schools and 10 private schools selected across the country.

According to the Hajia Samira Jibri, President NAPPS FCT Chapter in her Keynote address said that “NAPPS has supported this programme since inception, as the world has become digital world and it becomes imperative that we build the knowledge base of our young students in science and technology for them to able to compete favorably with their counterparts all over the world”.

“This tournament is to boost their level of creativity and innovations since both are for problem solving. Already we have so many innovative solutions that Nigerians are doing globally, this is beginning of it, she added.

Jibri, however expressed her dismay

concerning the passive responses from Governments towards an impactful programme such as Robotics Competition for schools in Nigeria.

“In an event of this magnitude impact,  Ministeries of Education and Science should be conspicuously and fully involved. As this could serve as a morale booster for more contributions and collaborations from other thriving private sectors, she lamented.

Dr Fatima Bunza, CODERINA, Board of Directors, who has always ensured steady collaborative support for this event with other top organisations since inception added that, the essence of FLL tournament was to create a levelled playing ground for the young talented students from both public and private schools to compete with one another in a Robotic Challenge as well as inculcate in them the core values and sense of team spirit while working together to achieve common goals”.

Olajide Ajayi, an IT Manager with SAP and also FLL Operational Partner, West Africa, while explaining the acrynom FLL said, FIRST means “For Inspiration and Recognition of Science and Technology while LEGO meant LEGO Group.

“FIRST is a USA organisation while LEGO is an organization based in Denmark, FLL tournament is to help the young students to become innovators, to be able to think outside the box, and be able to find answers to their own questions, he explained.

basically was to inspire young students to become engineers, technological experts, scientists, great thinkers and help them find solutions to real life problems.
“FLL as a world class programme currently running in more than 80 countries of the world with Nigeria as one of them, we ultimately give the top Four winners among these students, the once in a lifetime opportunities to represent Nigeria at the International tournament in USA and European Countries”.

“the immediate past Champion, the Glisten Galaxy from Glisten Academy represented Nigeria at the World Championship at Houston Texas in 2017″ he explained.

Suleiman Salaudeen, a Junior Secondary Student from Government Secondary School Gwarinpa, Abuja, who was amongst the contestants said the 2018 FLL tournament had afforded him opportunities to build his skills in Robotics technology.

“The tournament had imparted me to have deeper understanding of hydro-dynamics, which is movement of the fluids” he said.

The winners of the 2018 FLL tournament are as follows :

Overall Champion, Riv Robotics from Port Harcourt They are to compete at the FLL World Festival in Houston Texas on 18th -21st April 2018.

2nd Winner, Team Glisten Galaxy – they are to represent Nigeria at the Open European Championship at Debrecen Hungary in May 2018.

3rd Winner, Banky Lego Team. They will represent Nigeria at the Central Open European Championship in Estoinia in June 2018.

4th winner, Team Kids Mechanics they will represent Nigeria at the Open European Championship at Debrecen Hungary in May 2018.

FLL was brought to Nigeria by SAP and supported by CODERINA a Not for Profit Organisation as FLL Operational Partner. SAP is an international body that supports and drives education in developing countries by providing the equipment, the ICT/robot games and new challenges for the student to compete.