Mike Omotosho urges New Media Practitioners to use their contents for nation building! 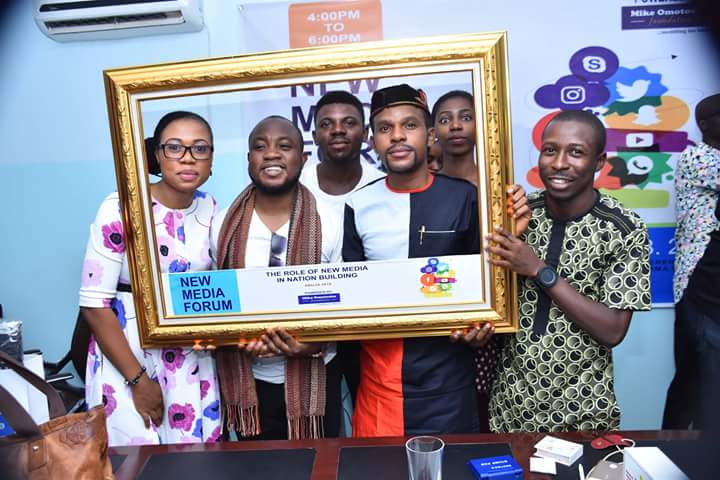 The impactful roles of young people in nation building which often culminate to rapid socio-economic growth and national  development cannot be overemphasized.

These among other germane developmental contributions of the Nigerian youth was why the Mike Omotosho Foundation had brought together the major players within the New Media sector which comprises social media influencers, bloggers, digital content managers as well as other digital contents enthusiasts last Saturday, 10th February, 2018 to dissect major issues militating against effective youth participating in nation building and further discuss and deliberate on the way forward for our dear nation, most importantly, towards building a better Nigeria for the posterity.

The forum which was tagged “New Media Forum: The Role of new Media in Nation Building” had more than 30 digital media practitioners in Abuja in

attendance each with valuable contributions to the discourse.

According to Mike Omotosho, Executive Director, Mike Omotosho Foundation and the convener of the forum while giving his opening remarks “Today’s conversation around nation building has become crucial at a time in our country when we are confronted with myraids of socio-economic challenges with attendant effects on every sector”.

Omotosho said that the new media sector which is gradually becoming the most vibrant sector in Nigeria has potential to help in shaping and changing the narratives through its impactful contents, if properly harnessed.

“I am quite optimistic that, if new media,

which is gradually becoming the powerful sector with young people as its major players, is properly harnessed through its impactful contents could change the narratives within the political economy and landscape, banking sector, business, education, health and other sector in Nigeria” he stated.

He further urged all the new media influencers in attendance to be patriotic and stay committed to the growth and development of Nigeria and shun all unpatriotic activities such as the use of hate speeches, trending unfounded rumours and propaganda that could jeopardize democratic dividends particularly toward 2019 elections.

“You as young people should not be too timid get involved in shaping the narratives within your space so as to contribute meaningfully to decision-making, however shun all manners of undemocratic contents that could lead to violence and civil unrest”, he urged.