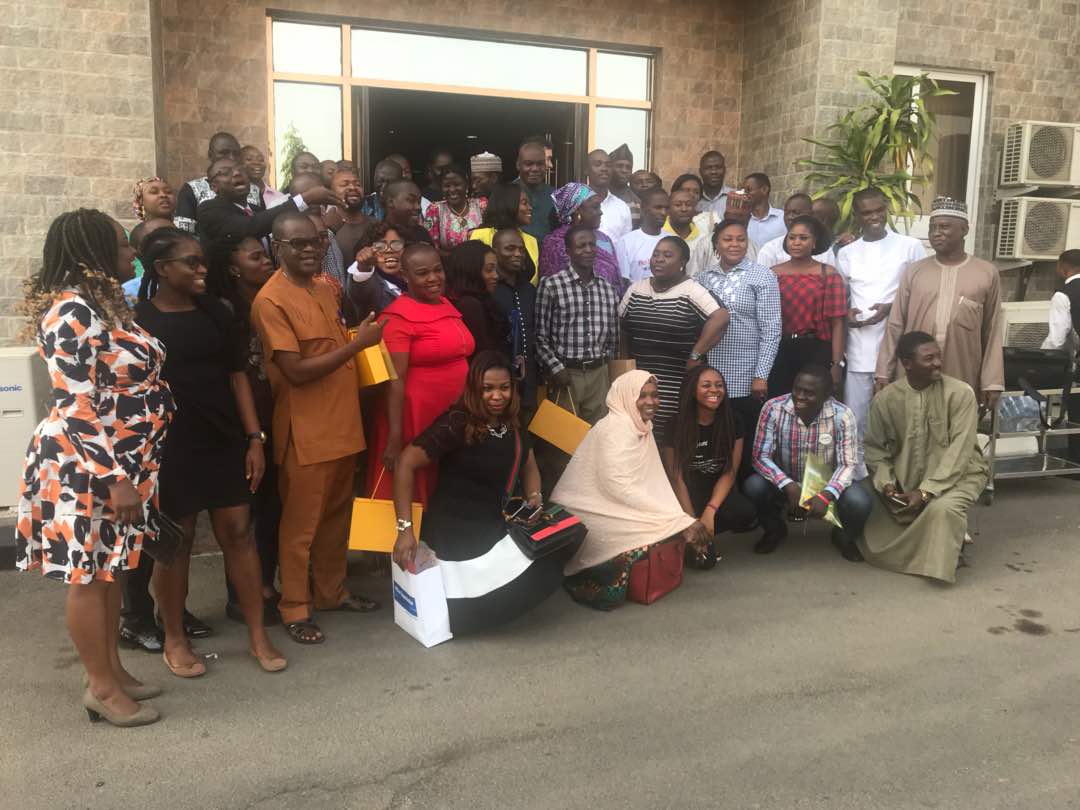 BBC Media Action, the charity arm of British Broadcasting Corporation in Nigeria has held a 2-day media workshop in Abuja for all its distinguished media partners across the six geo-political zones in Nigeria.

The workshop which aimed at strengthening multi-platform mobilization for improved governance commenced on 14th and ended yesterday 15th February. It had top media practitioners, On-air personalities, and Veteran radio and TV producers from mainstream media as well as New Media/Social Media Influencers who had contributed and participated in Strengthening Citizens Engagement in Electoral Processes (SCEEP) Project since its inception in Nigeria.

According to the BBC Media Action, Country Director, Seamus Gallagher in his keynote address recounted the success stories and great impacts that have been recorded since BBC Media Action kicked off its operations since 1999 in Nigeria “As a Non-Governmental Organisation our area of focus is governance and to promote health at the grassroots most importantly for our target groups which are young people, women and people with disabilities”.

Seamus added that BBC Media Action has 28 branch offices across the world.

“We understood the importance of forging viable partnership with local media stations, and now we have close to 300 Television and Radio stations across the country that have supported and collaborated with us on several projects most importantly on SCEEP”, he opined.

be transitioning come 2019 elections, we also hope that this workshop would fill the knowledge gap on the role of media in promoting citizens’ engagements in electoral process said Damilare Babalola, Programmes Officer, Deepening Democracy in Nigeria (DDIN2) Project.

The first day of the workshop had Samson Itodo, Executive Director, YIAGA, as one of the panellists. He shed more light on how improved collaborations amongst the key stakeholders in development sector in Nigeria as well as active citizens’ engagement could engender good governance at all levels of governments.

“We live in an unequalled society where young people have limited access to the benefits that ought to be given to them without asking,  Itodo said.

Another panelist, David Anyaele, Executive Director, Citizens with Disability lamented that the attitude of media practitioners to the plights of the people with disabilities have not been helpful towards achieving desired inclusion of these group of Nigerians.

“We hardly get attention of media practitioners; on several occasions we have invited reporters and journalists to cover our programmes. They wouldn’t come and when they attended they would hardly wait till the end of the programme. This lack of interest on the part media is putting limitations around our efforts considering the role of media.” Anyaele.

The second day of the workshop had Ezenwa Nwagwu, Chairman, Partner on Electoral Reforms presented a paper on the roles of media in electoral reforms towards increasing citizens’ participation in governance come 2019 elections. Nwagwu advised that the Nigerians need to quit wrapping elections conversations around the elites and rather make it people oriented.

“Too long we have wrapped elections conversations around the elites. However, it is important we move elections away from the elites and ensure it is about the people” he said.

Ezenwa further opined that Nigerians must promote positive development of technology particularly social media which is the biggest check on electoral flaws and malpractices.

Social Media Influencers and bloggers such as Dotun Roy, Kolo Kenneth, Timidi and Eka were also engaged in a panel session to dissect the issues of fake news and hate speech and how it could hamper citizens engagement in electoral process in Nigeria.

The workshop ended with Award ceremony to celebrate the unwavering commitments of the outstanding traditional media partners since the inception of SCEEP project. They all went back to their stations with beautifully crafted plaques presented by the Country Director of BBC Media Action.