YOU CAN BE OVER IT! by Coach Dotun Roy 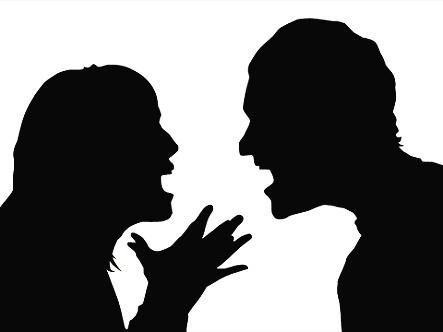 In recent times, I have witnessed and heard awkward stories of abuse, assault, domestic violence and most times outright violent physical attacks over trivial issues that ought to have been resolved amicably by mere dialogue. Eighty five percent of these attacks oftentimes occur among lovers, close friends, married couples and even blood relations.

By investigations, I have come to the realization that most of those who are guilty of these assaults and awkward reactions often act out of impulse as a result of bitterness from several horrible encounters and ugly incidences in the past such as repeated heartbreaks, disappointments, backstabbing and outright rejection by whom they really loved and cared for.

All these accumulated pains and agonies when bottled up over a long period of time could make anyone become vengeful and vindictive. Hence the victims become unnecessarily and increasingly defensive and ready to attack at the slightest provocation or go berserk whenever they perceive a foul play or when someone tries to bring back those ugly memories.

Here is the good news: You can be over it! Yes it can be totally buried in your past where it belongs. Understand that being vengeful or being in the state of vindictiveness will never cause anyone to be healed and make those ugly experiences go away. Holding on to them would only lead to more hurts and open up more loop holes to several other vulnerabilities.

Therefore if you are finding it hard to let go of a painful experience as stated above. It is advisable to seek help from professional therapist or reliable Life Coach who could guide and help you out of this unnecessary stronghold.

Remember, real Gold are tested by fire. The magnitude of your painful past wasnt meant to kill you. It was programmed to prepare you for a better and greater future which is now!

As written by Coach Dotun Roy

The Cloak that Covers the Inner Struggles! by Dotun Roy

Don’t get worked up using socials, rather use it to your benefit!

#SayNoToRape: When You Rape, You Kill a generation! – Dotun Roy