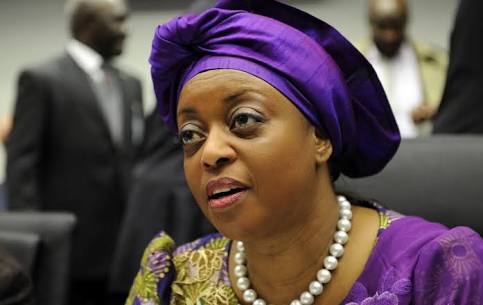 The Independent National Electoral Commission has suspended 202 personnel indicted by the Economic and Financial Crimes Commission for allegedly receiving N23bn bribe disbursed on the instruction of a former Minister of Petroleum Resources, Diezani Alison-Madueke, ahead of the 2015 general elections.

Investigations revealed that the management of the commission also placed the affected officials of the agency on half salaries indefinitely, pending the outcome of their prosecution by the government.

The commission had earlier announced the suspension of 23 electoral officers, who were indicted by the joint Police/Department of State Services report on the Rivers rerun election on March 9, 2017.

The INEC National Commissioner in charge of South-West, Solomon Soyebi, who stated this at a press briefing in Abuja, had said the commission suspended the affected electoral officers because the Directorate of Pubic Prosecution was investigating them for trial.

However, authoritative sources within the commission told one of our correspondents that the INEC leadership had already placed the affected staff on suspension and was paying them half salaries in line with its terms and conditions of service.

The source said, “The commission has suspended the 202 personnel who were indicted by the EFCC for receiving bribe ahead of the 2015 elections.

“Already, they have been placed on half salaries and they are no longer coming to work. It means that they are on suspension.”

When contacted on the issue, the Chief Press Secretary to the Chairman of INEC, Mr. Rotimi Oyekanmi, confirmed that the affected staff would remain suspended and placed on half salaries until the cases against them were determined.

He added that the actions taken by INEC would remain until their names were cleared in order for them to return to their former positions.

He said, “We are waiting for their prosecution, and you know court cases take quite some time to end.

“So, our position is that the suspension remains.

“If they are cleared, they will come back to their former positions; if they are not cleared, no further actions would be taken.”

The source added, “You know they are deemed innocent until proven guilty. That is just the summary.”

There are, however, strong indications that the EFCC will soon arraign the affected officers as a follow-up to their suspension by the electoral body.

The acting Chairman of the EFCC, Ibrahim Magu, had on December 11, 2016 submitted the report to the Chairman of INEC, Mahmood Yakubu, during a meeting in Abuja.

The anti-graft agency said that it was awaiting INEC to carry out its internal disciplinary actions on the 202 officers before prosecuting them.

Meanwhile, the spokesman for the EFCC, Wilson Uwujaren, did not respond to repeated calls put through to his telephone on Saturday.