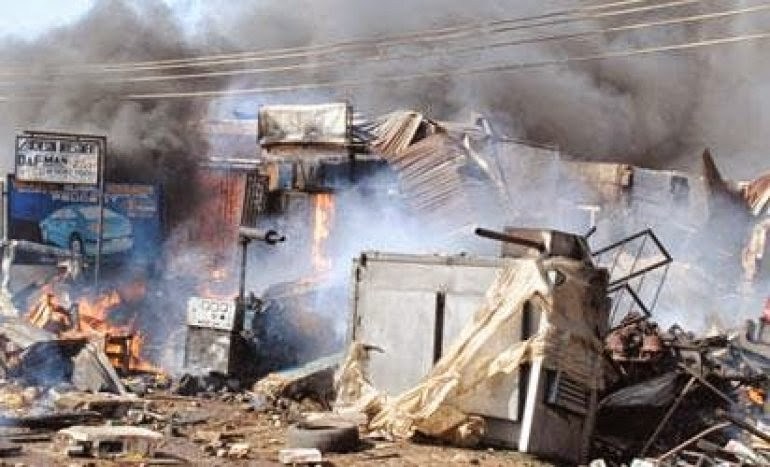 If I choose to be passive and indifferent and act as though nothing happened, particularly about the yesterday bombing of the IDPs camp in Borno State then I would be worse than hypocrite.  This is because anyone who has been following my blogposts can attest to the fact that I have been on the vanguard advocating for the welfare, security and most importantly, the re-integration of the Internally Displaced  Nigerians since they were first dispatched to various camps across the country in 2013.

And I cannot remember the number of narratives that I have personally churned out on my blog, granted countless radio interviews, TV interviews, share columns in the dailies as well as magazines etc. about these special Nigerian citizens. In the midst of all these, my intentions and opinions were misjudged but I wouldn’t care whose ox was gored because I am not done with the advocacy yet! Until the lives and rights of the IDPs in Nigeria are protected, well-secured and properly re-integrated back into the society, so that they can lead their normal lives like every other Nigerian then will I stop blogging about them, until concerned authorities/government among other things, see to it, that the rehabilitation of these IDPs becomes one of the top priorities then will I put my opinions on hold.

To be frank, such costly mistake on the part of the Airforce Team was completely absurd.  Coming from those who ought to be in charge securing the territory and the inhabitants of these helpless IDPs and considering the huge figure that is often earmarked for Defence in the annual budget, it is quite unprofessional.  It is indeed a total bizarre that such loss even came at a time in our country where everything seems to be out of control.

Already we have plethora of troubles and impending dangers hovering around political and socio- economic terrain of the country. Where do I even begin from?  Is it recent bloodshed in southern Kaduna that left many feared dead and others maimed? Or unnecessary increase in dollar exahnge rate to Naira, or the hike in the prices of every commodity in the market place. Believe me, as a nation it is as though we are sitting on a keg of gunpower that may soon explode!

It is also quite disheartening that up until now, we are yet to ascertain the actual figures of the charred corpses of the victims killed as a result of the, should I call it miscalculated bombing? or mistake bombing? by the men of the Nigerian Airforce.

Several unreliable sources have been churning out inaccurate figures some said, 50 dead, 100 injured; 150 dead, 75 injured etc. since yesterday but one can only imagine the level of devastation such mishap have brought upon the people who are only just trying to get over the Post Traumatic Stress of watching their families and properties destroyed by the Boko Haram Insurgents in the North East.

Another awful truth that quite a lot of Nigerians often shy away from is the fact the current figure of Nigerian IDPs is more than the population of two African nations. Close to 7 million Nigerian IDPs scattered across the nation and along the borders of neighourboring African states.

Nigeria as a country must sit up and confront her demons first at this juncture before helping other neighbouring states by making the protection of lives and properties as well as the welfare of her citizens, number one priority in the scheme of things. I would not want to imagine that a time would come when living in Nigeria as a Nigerian would be considered a crime.

Although, our country have had her fair share of brain-drain due to the lack of sustainable developmental process, endemic corruption, ethnic/tribal prejudice, religious fanaticism and lack of adequate welfare scheme for the citizenry among others. Nevertheless, it is high time we stood up as a nation and pick up the pieces of what is left of our dear country so as to avert this impending doom of break up!