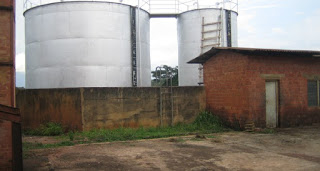 A company, Bridgeways DPG Ltd, formerly identified as Siljay Concepts Limited has accused the Enugu State government of putting its investment in the Enugu Bricks and Clay Products Limited, ENBCL, at risk and total jeopardy, claiming that the government invaded the site last week with bulldozers and have destroyed the factory.
While disclosing that it has already sent a petition through the Bureau of Public Enterprises, BPE, to the Vice President’s office “to stop the senseless act and to call the Enugu State government to order” the company expressed the desire to seek audience with the Vice President, Yemi Osinbajo to request for ”his intervention in the matter to save us from further injustice.”
According to the aggrieved company, the Federal Government through the Ministry of Solid Minerals Development used to own 100 percent of the total issued share capital of the company, but Siljay Concepts Limited acquired the Enugu Bricks factory from the federal government about 10 years ago through the BPE under the government’s privatisation scheme. The company further stated that the state government, in the current development is ”hell bent” at taking over the property by force under the guise of housing development.
A statement issued by its PR consultants, David James Egwu and Amb. Utchay Odims, explained that the company has been gradually putting the factory back on a positive posture despite huge security challenges, as it has recently gotten a tremendous boost from a foreign partner that is willing to invest the required technical, operational and financial input to totally revamp the factory; an investment, they said runs into millions of dollars.
The statement added that this comes years after the withdrawal of the world’s second largest burnt brick manufacturers, Messrs Corobrik limited, had reneged on an earlier pact because of security issues in the country.
David appealed for the intervention of President Muhammadu Buhari so the company can resume its ongoing project on the property. He also appealed to the State government to respect justice and hands off the property, stating that its aim should be to encourage investors to come into Enugu state for the benefit of the citizenry.
See documents below… 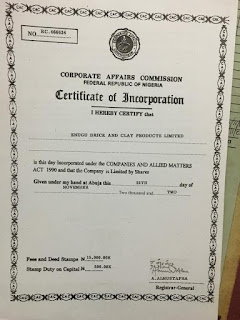 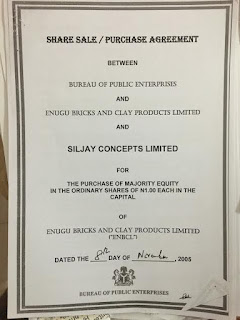 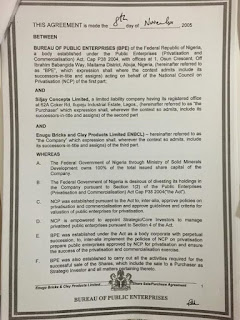 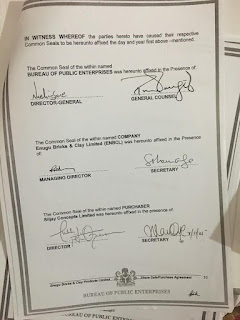 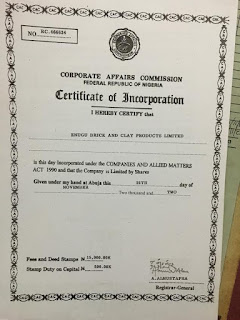