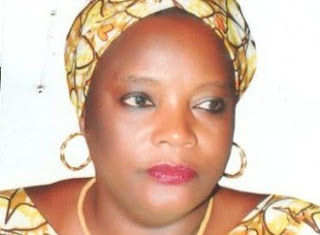 The Federal Government has so far borrowed N882.122 billion to finance the 2015 budget.
Permanent Secretary, Federal Ministry of Finance, Mrs. Anastasia Daniel-Nwaobia, gave the figure yesterday in Abuja during her presentation before the House of Representatives’ Ad hoc Committee on the Nonimplementation of Capital Projects in the 2015 Appropriation Act.
Giving details of the borrowings, she said N502.122 billion was appropriated for domestic borrowing, fully raised and disbursed to Consolidated Revenue Fund Account (CRF).
Another N380 billion appropriated for external borrowing has been funded through the domestic bond market.
According to Daniel-Nwaobia, the government resorted to borrowing due to the decline in the country’s revenue gap because of the fall in oil prices and the processing time to conclude external borrowing.
“A total amount of N882.122 billion appropriated for both domestic and external borrowing has been fully raised,’’ she said.
Represented by the Director General of the Budget Office of the Federation, Mr. Aliyu Gusau, Daniel-Nwaobia said despite the ongoing cash crunch, the ministry had continued to evolve fiscal policies to grow the economy.
She listed the policies to include diversification of the economy, promotion of fiscal discipline and improving non-oil revenue generation, all aimed at improving the wellbeing of Nigerians.
Explaining the revenue performance of the 2015 budget, she said out of N3.45 trillion that was appropriated, “only N1.74 trillion has been realised as at September’’.
Speaking on expenditure performance, Daniel-Nwaobia stated that out of N1.83 trillion budgeted for personnel cost in the recurrent budget, N944.76 billion had so far been released as at the second quarter of 2015 and N1.24 trillion as at August 2015.
“For overhead, with a budget of N177.60 billion, N89.88 billion has been released as at May 2015.
“On statutory transfer of the N375.62 billion budgeted, N187.81 billion has been released as at second quarter and N250.41 billion as at August 2015.”
Daniel-Nwaobia stated that N149.92 billion was released from the N231. 41 budgeted for pensions as at August 2015.
She also gave a breakdown of money so far released for debt service as N782. 57 billion out of N953.62 billion budgeted.
According to her, the figure represents 82.1 percent so far paid as at August 2015.
She said N14.713 billion, representing 70 per cent of the N21. 03 billion provisions for SURE-P implementation had been released.
“Also, N557 billion was budgeted for capital expenditure out of which N55.80 billion has been released due to revenue challenges,’’ the permanent secretary stated.
She added that the ministry had issued waivers, concessions and exemptions to targeted importers, especially of equipment and machinery.
“This will support economic growth, job creation and development of domestic industries such as agriculture, power and mines and steel,’’ Daniel-Nwaobia stated.
She, however, listed challenges in meeting projected revenue in 2015 budget to include dwindling oil price and production shortfall due to crude oil theft and pipeline vandalism.
Others include nonremittances by revenue generating agencies, shortfall in Customs collections and smuggling activities across the borders and difficulties from generation and collection of revenue in the North-East, ravaged by Boko Haram insurgency.