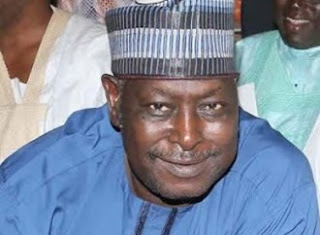 Mr Babachir Lawal, the Secretary to the Government of the Federation (SGF), has said that the President Muhammadu Buhari-led administration would improve national security, fight corruption and create jobs for unemployed Nigerians.
Lawal said delegations from the Nigeria Computer Society (NCS), the Nigeria Society of Engineers (NSE) and the Adamawa community in Abuja paid him courtesy visits in his office.
According to a statement issued by Mr Bolaji Adebiyi, the Director of Press to the SGF in Abuja, Lawal underscored the need to deploy Information Technology to fight crime in the country.
It said that the SGF noted the critical role the NCS was expected to play in the fight against insurgency and the government`s efforts to improve security in the country.
He, therefore, charged the society to evolve concrete proposal on how best to deploy Information Technology to fight all forms of crime in the country.
According to the statement, the SGF also charged the NSE to exploit the possibility of assisting the Federal Government to create employment in areas of infrastructure development, mining, manufacturing and agriculture.
Lawal, the statement said, urged engineers to assist in the area of counter terrorism because the activities of terrorists involved communication engineering.
He assured the two bodies that as experts, proposals coming from them would receive government attention.
The statement added that the SGF would welcome contributions from professional bodies in the country, to enrich policy formulation and implementation as well as enhance government decision-making process.
According to the statement, Prof. Adesola Aderounmu, the NCS President, and Mr Ademola Olorunfemi, NSE President, led their members on the visit.
Earlier, they both congratulated the SGF on his appointment and pledged to offer him constructive advice always.
The statement added that the Adamawa community was led by Alhaji Bashir Tukur, the Chairman of the Board of Trustee of the association,
It said that members of the delegation included Sen. Binta Masi, Alhaji Bello Sali and Dr Aliyu Idi Hong, among others.