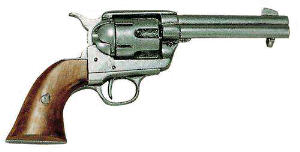 The level of insecurity as a result of sudden invasion of insurgency in the country and across west Africa coast does not only call for swift and radical steps but personal and self defence. Have you ever wondered why these insurgents attack villages particularly the kind of frequent nocturnal attacks launched at will on locals and with impunity in Borno state? It is because they knew these villagers were are not armed enough to fight back thereby they launched regular attacks on them unchallenged. What actually brought about this thought was a bone of contention between a friend and I yesterday, I was worried about the number of Nigerians that are been killed on daily basis either by random bomb attacks or sudden attacks by these heartless insurgents, then a friend made a comment on legalisation of ‘pump action’ gun, he said we should all start thinking of acquiring one with appropriate registration number.

At first I disagreed with him and we argued, but I later came to see clearly from his perspective. For obvious reasons, at a time like this we all need to defend and protect ourselves should we face such sudden attack. My friend was of the opinion that at a time like in this country, legalisation of gun, pistol or firearms for every Nigerian particularly from age 18 above should be looked into by our lawmakers. In South Africa, you could just walk into any departmental store, acquire a gun and register it at thesame time. Believe me, to an extent this has helped in curbing armed robbery attacks and other related crimes in that society. The reason is simple, every adult in there has access to ‘pump action’ and trust me you wouldn’t want to get killed if you dare overstep your bound!

In Nigeria however, there are security operatives who have access to guns and firearms but they are been used only when they are told to use it. And most times when this is done it is against the innnocent citizens. Do not get me wrong, this is not a form of agitation or clamour, It just an opinion that we all need to ponder on. In a society that is crisis prone, self defence is alternative. Looking back to the high figures of people that had been killed in the Northern Part of the country in the last couple of years, which is gradually becoming a new trend in this city of Abuja, the capital of the most populous Black nation in the world could make anyone think the unthinkable.

Having considered the plausible advantage of legalisation of pump action, there is no way its legalisation would not also be abused by people. There is no way we would not hear story of one man who shot his wife at slightest provocation or cases like tenant killing his landlord and students attacking their teachers with guns after failing a particularly course but the point is even without the legalisation of guns, we still hear these cases everyday around us. Aside that, gun is not the only weapon that kills there are other domestic tools that one could use to take life.

Above all, I still believe with proper public orientation and sensitisation from government after its passing into law would help control arbitrary use of gun if legalised at the end of the day.

Don’t get worked up using socials, rather use it to your benefit!

Google Maps upgrade! Allows you to add remote street images via your Smartphone – See how it works

112 thought on “Legalisation of 'Pump action'”