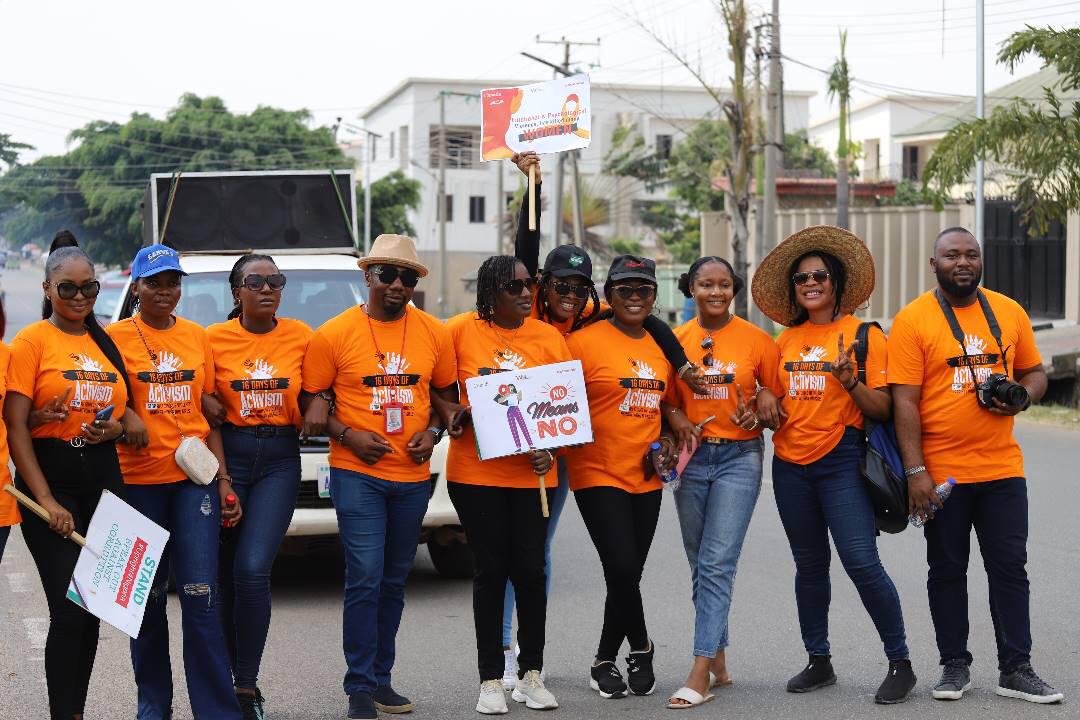 ActionAid Nigeria (AAN), an international organization fighting for social justice has called on governments at all levels to make and implement laws and policies that prevent and protect women and girls in all spheres of life, as its kicked off activities for both the #16DaysofActivism against Gender Based Violence (GBV) and her annual Innovation Week in Abuja, yesterday.

#16daysofActivism is part of AAN’s annual advocacy commitment to raise awareness and sensitise general public on the damaging impacts GBV could have on any girl child and women.

Several statistics released since Covid 19 pandemic hit the world between 2020 and 2021 have shown that cases of GBV have tripled in figures due to several factors such as poor policy implementation on GBV, poverty, unemployment and low literacy level amongst others.

According to Ene Obi, Country Director, AAN while declaring the activities for the special Week open at a Press Briefing, “the sudden rise in insecurity level across the country has also caused numbers of rape and sexual assault cases to rise to an unbearable level with most perpetrators escaping justice and walking freely amongst us, thereby targeting their next victims.

“According to the National Human Rights Commission (NHRC), no fewer than 158,517 complaints of sexual and gender-based violence (SGBV) against women and children were received in 2021. You may also recall the UN Women’s statistics in 2020 that say about 48% of Nigerian women have experienced at least one form of violence since the COVID-19 pandemic.

She added that these figures do not speak well of our great nation, and it is therefore imperative that all tiers of governments must unite to end this menace of violence against women and girls.

“The rise in insecurity has also made women farmers vulnerable to rape and kidnap on their farmlands. Women farmers in the villages who contributes to the large percentage of food produced in Nigeria can no longer move and work freely on their farms.”

“According to the report released recently by the Nigerian Bureau of Statistics, child marriage has also continued to hamper women and girl’s economic development thereby contributing to the increase in poverty amongst women as it impedes their rights to education and healthy life. And as a social justice organisation fighting for the rights of women and girls, we say No to all the above-mentioned issues, and we demand that women and girls must be protected from all forms of violence.”

“The theme for this year’s commemoration – Unite! Activism to end violence against women and girls is an apt call to governments, development actors, civil society, women’s organizations, young people, the private sector, the media, and the entire public to join forces in addressing the global pandemic of violence against women and girls. ActionAid Nigeria, therefore, urges Government at all levels to also: