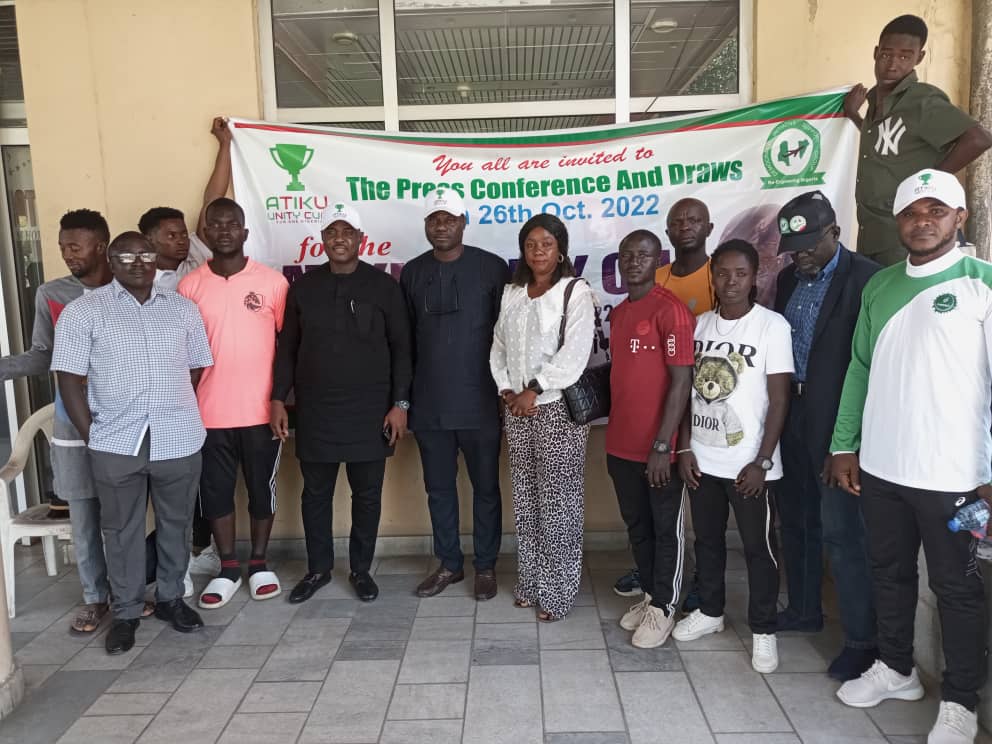 Youths from across the country will participate in the tournament aiming at galvanising support for People Democratic Party (PDP) presidential candidate, Alhaji Atiku Abubakar, to win the 2023 presidential elections.

Briefing newsmen and some of the participants yesterday in Abuja ahead of the tournament, which is set to kick off November 6, 2022, the convener of Democratic Initiative Support Group (DISG) an coordinator of Atiku Unity cup, Adewale Austin Arobani, described the former Vice President as a unifier, saying the Unity Cup tournament is in tandem with his aspiration of stabilise the country’s unity.

“The Atiku Unity Cup is aimed at galvanizing support for Atiku’s presidential ambition by the youth. We are over 200 millions Nigerians and the youth represent above 60 percent of the population. So, we feel this Unity Cup is timely and is for unity hence our presidential candidate, Atiku Abubakar, is a unifier and he is coming to stabilize the country’s unity,” he said.

He stressed the tournament which kick start from the senatorial districts across the country to the state and zonal levels, will see the finalists from the six geopolitical zones converge in Abuja for the finale where the winner, runners up and 2nd runners up will smile home with N3m, N2m and N1m respectively as cash prize.
Also speaking at the briefing, Director, Atiku Support Groups and event manager, Hon. Fabiyi Oladimeji, commended the organisers for the initiative, saying it captures the very essence of what Atiku Abubakar represents.

“Let me commend the organisers of Atiku Unity Cup for this initiative. It is very real to see vibrant young men and women coming together, thinking out of the box to do something that is in tandem with the vision and aspiration of the candidate.

“As someone who is managing all the support groups for Atku Abubakar, I have come across so many groups that signified interest to support his aspiration, but your initiative is a unique one in the sense that it caption every essence of all Atiku Abubakar represent.

“Atiku today in Nigeria is known to be the best unifier because of his antecedent as someone who is not a tribalist and religion jingoist, but the unity of the country. So, for you to have come up with an initiative that is inline with Atiku’s visions, is quite commendable and I appreciate you for that.

“It is my prayer that you will be able to push this through to achieve the objectives you set out for yourselves and we’ll be there to support you.”