Are you permitted to kill a person to increase your chance of survival? 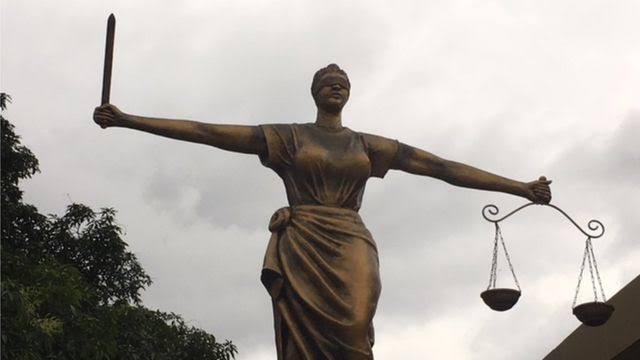 In the year 1884, Tom Dudley, Edwin Stephens, Edmund Brooks, and Richard Parker were stranded on a ship for days until they ran out of food and water and there was no hope of getting rescued. In order not to die of hunger they decided to kill one of them and feed on the meat and drink the blood. They all decided to kill the youngest and the weakest amongst them who was Richard Parker, a 17 years old cabin boy who was already in a coma and sick out of the ordeal they are facing on the ship.

So in the quest for survival, they killed Richard Parker and devoured his flesh and drank his blood, days later they were rescued and sailed to the shore.

They were subsequently arraigned for the murder of Richard Parker, the 17 years old crew member they fed on and their defense was that they killed Richard out of necessity. Their quest for survival necessitated the murder of the 17 years old lad and if they haven’t killed him and fed on him all of them could have died of hunger.

So according to them, the act of killing Richard Parker was just collateral damage; sacrificing the youngest and weakest crew member who is already sick and might die anyway in order to save the rest three crew members.

In criminal law, there is a principle known as the doctrine of necessity. The doctrine of necessity is the basis on which extra-constitutional or criminal actions by both administrative authorities or individuals which are designed to restore order or attain power on the pretext of stability, are considered to be lawful even if such action contravenes established constitution, laws, norms, or conventions of the state. It can as well be an instance where some criminal acts are allowed or accommodated in as much as the situation necessitates or calls for the action.

The doctrine of necessity and collateral damage is an infamous principle in war times. A soldier is permitted to kill as many people as possible in the quest of killing or capturing their target. Although they always claim to have accessed or calculated the collateral damage before they order or carry out the attack, this collateral damage may involve killing children, women, the sick, or non combatant civilians.

The legality and morality behind this principle are still the subjects of debate.

In the story narrated earlier, the issue before the court for determination when the rest crew members were arraigned for trial is; “whether the act of the crew members murdering one of them can be justified by the doctrine of necessity”.

This case shone some light on the area of morality, ethics, and legality of taking another man’s life in order to increase your own chance of survival. Is this act legal, is it ethical or is it morally justifiable?

If A & B are being chased by a lion, is A justified to push B over to the lion to give him (A) the chance and opportunity to escape while the lion devours B? Mind you, if one of them is not sacrificed they will both be devoured by the lion!

The decision of the court in the above case was divided. The judges were of different opinions; while some judges justified the killing of the weakest crew member in order to increase the chance of survival of the rest crew on the doctrine of necessity, some other judges begged to differ stating categorically that you cannot kill another man or cause the death of another man in order to increase your own chance of survival.

But before I tell you the decision of the majority of the judges and the outcome of the case, what will be your own opinion on this; is one justified out of necessity to sacrifice the life of a few in the quest of saving the majority?

Stanley Alieke is an Abuja based lawyer. You can reach him via his email at infoitooknow@gmail.com