Nigeria on the road to Sudan……. 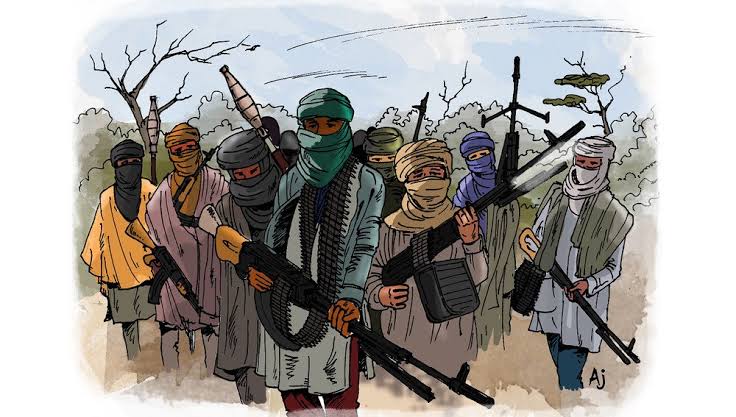 As the common wealth conference holds in Kigali, Rwanda, member countries made up of 54 leaders are coming to terms that we re living in a time more than ever where there is an emergent need to deal with violent extremism or it will excommunicate and break down the very fabric of humanity.

Nigeria is a member state of the commonwealth countries and have participated in contributing to key outcomes that should enable the social space, peace, equality, Economic growth and recovery amongst others within the member states.

However there is peharps the presence of a hard luck banshee hovering on the sub saharan curve that Nigeria belongs to because it’s obvious by the living conditions of many Nigerians that it’s leadership is affirmed to the suffering of millions of citizens inflicted by ineffective leadership, or maybe we re cursed, or both as a result of the latter.

Nigeria likes to lead the dance with sister countries, reiterating its omnipotence as africa’s largest country, this resonates ,on October 5th 2021 President Muhammadu Buhari that faithful Tuesday said Nigeria will contribute to the development of the Republic of South Sudan and he said and i quote “Take us into confidence and ask us what we can do,” end of quote.
Mr Buhari was quoted to have said this during a bilateral meeting with President Salva Kiir of South Sudan.

Mr Buhari further said “African leaders must support efforts geared towards the return of democracy in the Guinea and Mali,” where the military seized power.

Then beg’s the question, does our charity really begin from home? since declaring its independence in 1960, Nigeria’s development trajectory has been retrogressive. Core democratic values such as rule of law, justice, liberty, and equality among people have been whittled down because of the country’s Machiavellian leadership process, its mafia bureaucracy, and its splintered civil society, all of which are hastening the country’s journey to failed state status.

Nigeria’s North-South divide remains a torturous reminder of its colonial past. Beyond the divide, recurring allegations against Nigeria are that the country is a potentials-suffocating machine, as evident in its widespread lack of access to electricity, poor educational system, corruption, kidnappings and killings; its media gagging and assault on the youth, as seen recently during the 2020 #EndSARS protests. These issues continue to drive social unrest and resentment both internally and across the diaspora. Nonetheless, Nigeria marches on, presumably to the gallows, a march that could either end in reconciliation with its nationhood, or in arriving at the feet of the beheader.

The Deadliest yet recent reminder is that of the mass murder of citizens in Owo in Ondo state.
What happened in Owo and other states like imo state, benue, Kaduna and many more annihilation of lives in Nigeria again adds to my position that our country is spiraling down a bottomless pit and has lost its sense of self.

War is costly, South Sudan, the young country, still wallows in misery and stark underdevelopment. In Nigeria’s case, after Biafra’s surrender, Gowon’s re-integration policy failed to promote a sense of belonging in the East—a root cause for the re-emergence of secessionist sentiments in the East today.

Nigerians today must realize that we risk another outburst of secessionist calls or even future civil wars if we do not develop a more inclusive political landscape and economy. This is now the case in South Sudan where, following their independence, several rival factions have developed, resulting into ethnic conflicts spreading into Darfur.

Wanting war is likened to timidity, who then can stand the view of mountains of dead bodies dotting streets and rivers? That the French Revolution of 1789, among the earliest of such revolutions, witnessed swarms of corpses before the French summoned the courage to build a viable nation tells of the great dilemma that lies before deep thinkers and freedom fighters from the Sọrọ Sókè generation and older generations.

Ongoing disputes and the lack of power-sharing agreements between many of South Sudan’s rival factions in the civil war that ended in 2018 has cast doubt on whether the government will be able to prevent violence in the lead-up to national elections, which are set to occur in 2022. An armed insurgency being led in the south of the country by Thomas Cirillo, who leads the group known as the National Salvation Front (NSF), poses a severe threat to civilians and further threatens the peace process.

This is also the unfortunate tide of turns Nigeria will face in the 2023 elections if there’s introspection. The nepotistic and ethnic bigotry that assaults the distribution of power between the north and south has never been as heightened as it is now. The tensions have created a hunger for the citizens to see the exit of the ruling class and the cabal that has left Nigeria in this state of hopeless stupor come 2023 hence the massive drive to register for their pvcs.

Indeed the youth and women have a critical role to play. The revolution generation must play an active role in organized ‘struggle’ campaigns. Though, they should keep in mind that the Nigerian army’s intervention in the #EndSARS peaceful protest foreshadows future government response to any strong citizen-led movement.
Wanting war is likened to timidity, who then can stand the view of mountains of dead bodies dotting streets and rivers?

That the French Revolution of 1789, among the earliest of such revolutions, witnessed swarms of corpses before the French summoned the courage to build a viable nation tells of the great dilemma that lies before deep thinkers and freedom fighters from the Sọrọ Sókè generation and older generations. As evident in Sudan’s case, it is urgent that Nigeria attains clarity whereby its dialectics are not left to nature or providence but are deliberately engaged to be resolved.

As Nigeria marches to the gallows, the country must shift focus to its people’s urgent demand for peace, equity, fairness and justice . Doing so quickly enough will give Nigeria a better chance at saving itself from this long tragic road to sudan.