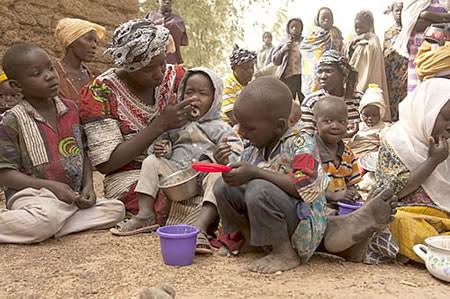 The cost of food, fuel, and fertiliser in some of the world’s poorest communities is soaring, with families spending double, triple, and nearly four times what they were paying before Russia invaded Ukraine, a recent research by ActionAid reveals.

While the average cost of wheat products like pasta has increased by more than 50% in local markets and communities in the 13 countries surveyed, families in Lebanon, which is heavily dependent on imports from Ukraine and Russia, are spending as much as 275% more than they were at the end of February.

In the Horn of Africa, where 20 million people are already facing severe hunger due to prolonged drought, communities in Somaliland are now spending more than double (163%) as much on a loaf of bread. Average prices for cooking oil have increased by over 60%, but in some areas of Somaliland, costs are up by as much as 260%.

ActionAid’s analysis finds that, at the local community level, food and fuel price hikes are far outstripping already record-breaking rises globally*, suggesting the Ukraine war has exacerbated ongoing food and fuel price challenges in communities most impacted by the climate crisis, humanitarian emergencies, and political and economic turmoil. The survey of market traders and community members in 13 countries across Africa, Asia, Latin America and the Middle East finds that the cost of essentials has increased by:

“Our survey found that prices are now double, triple or almost four times as much as before the war started in some places.

“The world is now on track for a global food crisis that looks far more deadly, devastating, and prolonged than 2007-08. Governments and international institutions must take urgent action to avert catastrophic hunger on an unprecedented scale.”

Just over two months from the start of Russia’s invasion of Ukraine, families in existing hunger hotspots worldwide are already feeling the burden of skyrocketing prices.

ActionAid’s survey shows the cost of petrol and cooking gas has gone up by around 60% on average. However, one community in Myanmar reports that the price of petrol has soared by 253%, and families in Zimbabwe report petrol increases as high as 227% and cooking gas increases by 175%.

Chemical fertilisers, a key component of industrialised farming systems, require large amounts of fossil fuels for their production. The survey shows that the average fertiliser price has increased by more than 80%. However, prices have gone up by as much as 196% in one district of Ethiopia. With the planting season about to begin or already underway in many parts of the world, crop yields and farming incomes will be hit hard in 2022.

Ene Obi, Country Director of ActionAid Nigeria, says: “The Ukraine-Russia war has worsened the cost of living in many parts of the world, but the gaps in governance and lack of social safety-net have thrown more Nigerians into the abyss of poverty. The current hyper-inflation has made the meagre income of many Nigerians insignificant; for a government committed to lifting 100million Nigerian out of poverty, there is a need for reflection and immediate action.

Rising public debt, unemployment, inflation, and high cost of living require the immediate embracing of fiscal federalism in absolute terms. This will enable the country to break the vicious cycle of poverty. It will eliminate the wholesale dependence on oil, making Nigeria a monolithic economy. Adopting fiscal federalism principles will be a practical approach to solving the challenges governments at all levels face today, such as the generation and equitable distribution of income, efficient and effective allocation of resources, and economic stability. Revenue drive and allocation of resources can be done effectively by states and local governments with strong measures to curtail graft and corruption”.

ActionAid however, calls for the immediate roll-out of social protection measures, which target women and girls, including cash transfers and food support, to assist families most at risk.
Governments must rapidly train farmers on agroecological approaches to avert dramatic global yield losses from a worldwide lack of fertilisers later this year to avert dramatic global yield losses. Agroecology means adopting farming practices that work with nature, such as using local manure to build soil fertility and reduce reliance on chemical fertilisers.