Tambuwal At 56: The Silent Achiever” by Ahmed Sidi Abubakar 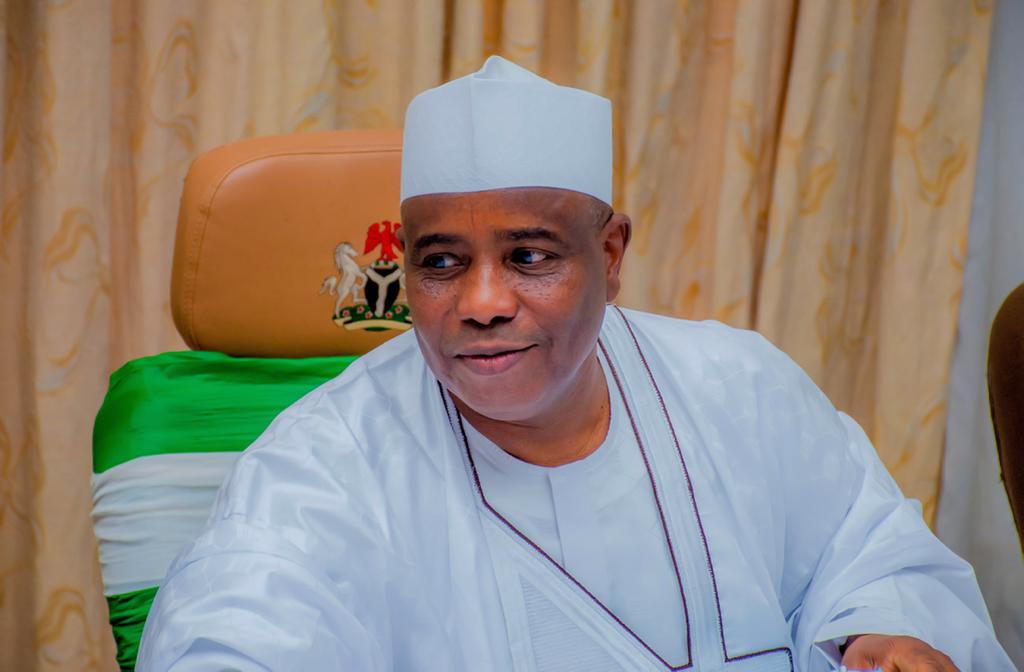 The description of the Sokoto State Governor, Rt. Hon. Aminu Waziri Tambuwal, his track record, and visionary leadership, albeit his continuous rise to the top, cannot be written completely in one article.

Though, this will be an attempt to narrate the unfolding narrative of the Governor, a man who, amongst his peers is known for his dedication and developmental strides, competency and integrity, brilliance, and intelligence.

It is not a secret that the Sokoto State under the leadership of Rt. Hon. Aminu Waziri Tambuwal has undergone several reforms, progress, and fast development in the different sectors of the economy.

This reform hinges on his firm beliefs, one of which is that every child, youth, and citizen must be given education and also of the highest possible standard. And the relentless zeal to improve the health sector in Sokoto State, as he believes that one can only enjoy the benefits of good developments when in good health.

To achieve all of that, the Tambuwal-led Sokoto State Government designed, constructed, and equipped a new Advanced Medical Diagnostics Centre to provide high-quality cutting-edge medical diagnostics services comparable to any other place in the world.

In Education, over 600,000 children are now enrolled in schools while 50 junior secondary schools with 2 (two) per LGA and 4 (Four ) in the State capital were constructed across the 23 LGA in Sokoto State.

An overview of Gov. Tambuwal’s strides in the education sector indicates that over 1000 integrated schools, primary schools and junior secondary schools have been completed across the State. Equally, the Government has sponsored it’s indigenes to study abroad in Ukraine, Sudan, India and all across the globe, Nile and Baze universities of Nigeria are also included

According to him, his administration’s declaration of emergency in the education sector at its inception and the conscientious work of the consultative committee led by the Sultan of Sokoto, Alhaji Muhammad Sa’ad Abubakar, has started yielding results as the number of OOSC, which between 2019/2020 was about 1.2 million, is now about 572,000.

Governor Aminu Waziri Tambuwal of Sokoto State has reiterated that education remains the fulcrum upon which any meaningful development could be achieved particularly in this age of enlightenment when knowledge remains the driver of socio-political, technological, and economic development.

In Agriculture, the State Government has provided free seedlings of about 350,000 kilograms of the seed to farmers in the state. He also provided Sokoto State farmers with 500 units of sprayers, 3,000 units of liquid fertilizer- both of NPK and Urea, as well as ten motorcycles and one unit of Hilux vehicle for extension services were also provided for the venture. Giant water sprinklers were installed at Raba LGA for irrigation farming. 1.5million liters of water tanks have been installed in 20 Local Government Areas with the lower tank carrying 1million litres capacity while the upper tank takes 500,000 liters and can pump up to 7km.

In terms of security, Governor Aminu Waziri Tambuwal has donated 143 operational patrol vehicles and 550 motorcycles to security agencies within the state in less than two years.
500 vehicles were disbursed to the security agencies in Sokoto to enhance the fight against insurgents in the State.

It is his philosophy and belief that leadership is not a zero-sum game and that the primary purpose of government in a democracy is to serve the common good of the people. Every government decision must be anchored on delivering the greater good for the greater number of people.

To achieve this, the Sokoto State government is set to unveil the Sokoto Youth Economic Empowerment Project (SO-YEEP). This is designed to involve thousands of youths across the 3,032 polling units of the 23 local government areas in the state, the project will include skills training, direct disbursement, and mentoring.

At 56, we celebrate the Sokoto State Governor, Rt. Hon. Aminu Waziri Tambuwal and we are inspired by his Midas touch on the wheels of an administrative vehicle that has brought forth multiple results with rippling effects across the state and beyond. It is no surprise his fast and continuous rise in the political scene.