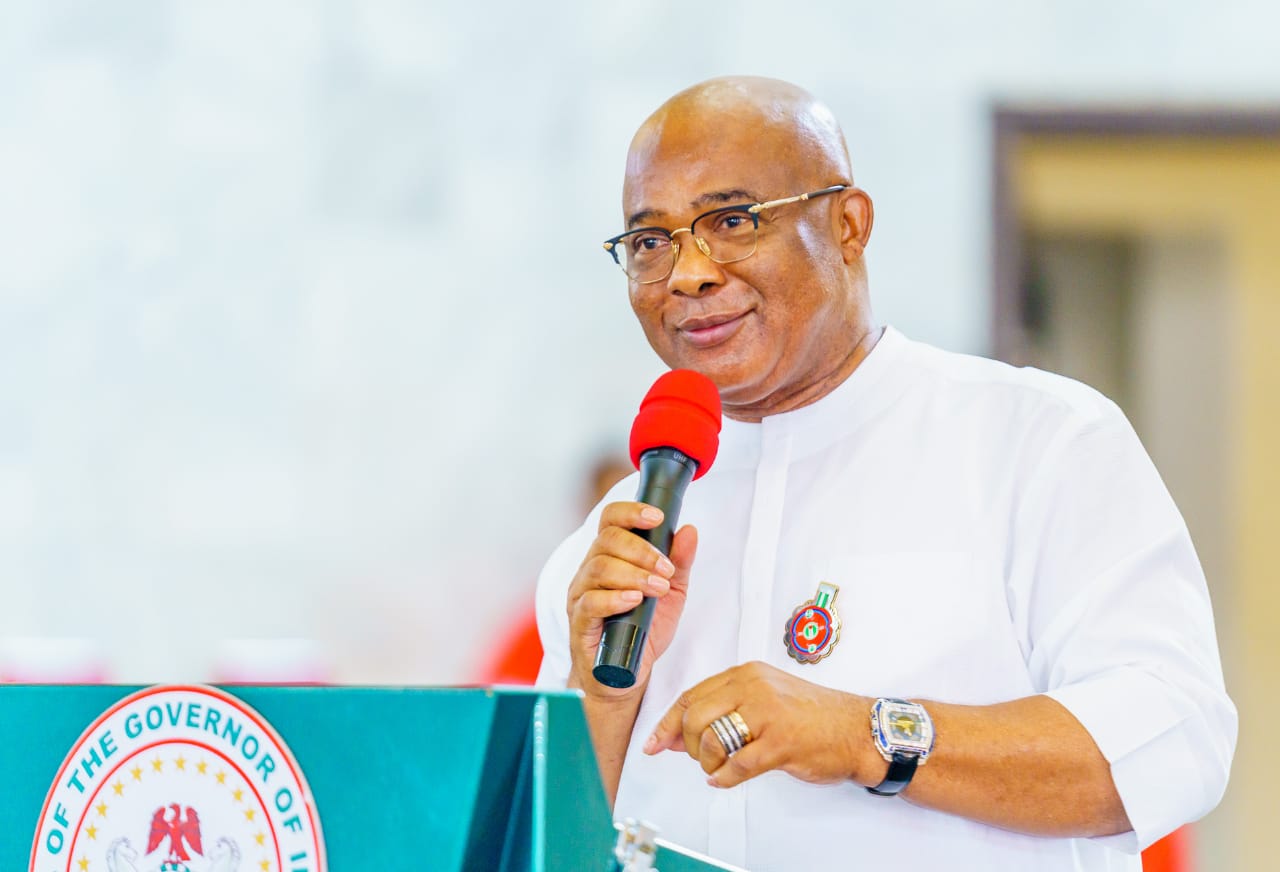 Governor Hope Uzodimma of Imo state has advocated a renewed and collective effort by the people of Imo state to stamp out violence and other forms of criminality in the state this year.

In his new year Message to the people of the state, Uzodimma pledged that the government will work in concert with the security agencies to ensure a safer Imo state in 2022 and beyond

He also pledged that his administration will this year redouble efforts to redress the infrastructural deficit it met on assumption of office.

According to him, the huge capital outlay in this year’s budget of over 74% of the total budget, was a sign that there would be more developmental projects in the state.

Uzodimma however noted that progress could only be made in an atmosphere of peace.

He noted that some opposition elements had sought to destabilize the state and arrest its progress, but expressed gratitude to God that they have been overwhelmed. He also expressed appreciation to all the patriotic citizens who supported the government’s efforts in defeating them

He was happy that inspite of the distractions from the opposition and criminal elements,the administration had recorded giant strides in all sectors of development in the state.

According to Uzodimma, the administration is also determined to give practical effect to its recovery programme by ensuring that all looted assets of the state are recovered

He said the recovery of the state’s KO Mbadiwe University worth N40billion from a former governor and the shell Camp land were aimed at safeguarding the assets of the state.

The governor enjoined citizens of the state to support the Government to work for the peace and progress of the state.

He added that it was worthy of note that the Christmas and New Year celebration in the state has so far been peaceful to the glory of God and assured that every effort will be made to ensure that Imo people enjoyed peace through out the year.