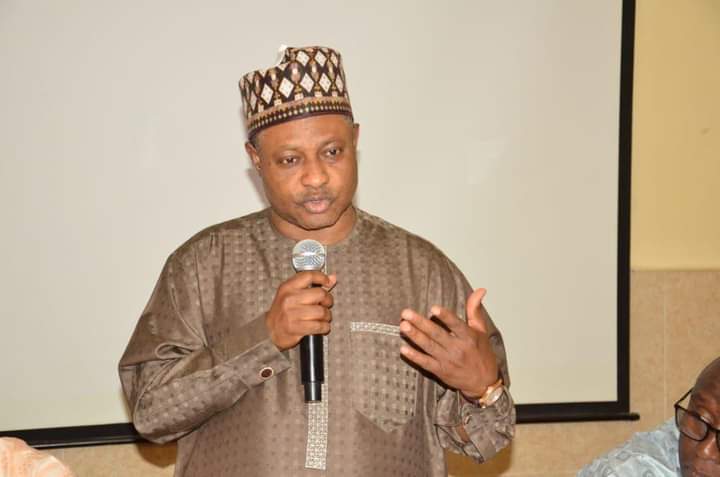 A Senator of the Federal Republic of Nigeria, Senator Uba Sani representing Kaduna Central Senatorial Zone has sent his heartfelt condolences to the families of the victims of “Giwa 38” – Many of whom lost their lives in the recent unfortunate murderous attack by the terrorists.

In his words, while sympathizing with the bereaved families earlier today, the Senator said his heart bleeds for the 38 Nigerian citizens murdered in cold blood.

“My heart bleeds for my 38 innocent constituents killed in one of the bloodiest attacks on Giwa Local Government by murderous terrorists. The affected villages where lives and property were mercilessly destroyed are Ruheya, Kauran Pawa, Marke and Idasu Gari.”

“I urge security forces to take this latest act as an affront and deal decisively with these inhumane and blood thirsty elements laying siege to our people and communities. Take the battle to them. Give them no breathing space. They don’t belong to a civilized society like ours.”

“I feel the pain of the bereaved families. I extend my sincere condolences to them. I have also instructed my field officers to rush needed assistance to them. I am determined to do all that is necessary to fully support the bereaved families and the villages in Giwa where these enemies of humanity have been showing their evil hands.”

“May Allah forgive the shortcomings of the victims and grant them AlJannat-ul Firdaus. Ameen” he remarked.