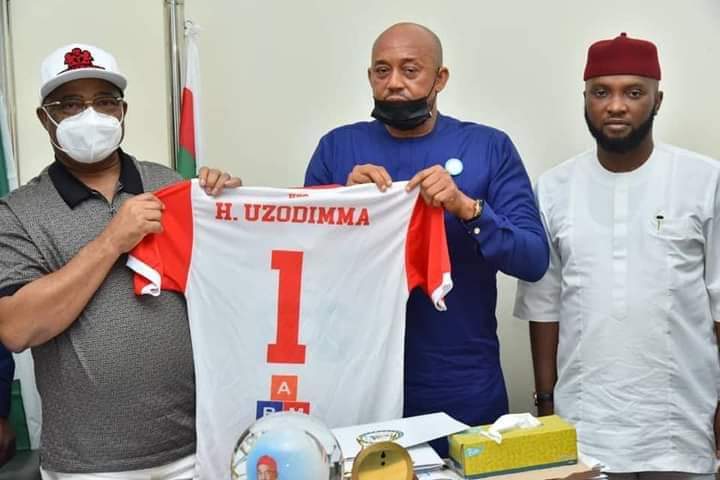 His Excellency Governor Hope Uzodimma yesterday received the Officials of Heartland FC of Owerri as he unveiled new jersey for the team, for upcoming NPFL season.

Deputy Speaker, Imo State House of Assembly, Rt Hon Amarachi Chyna Iwuanyanwu who led the team alongside, Hon Chigozie Nwaneri and Commissioner for Youths and Sports, Hon Dan Ogu Commended Gov Uzodimma for his interest in Sporting activity in the state. They lauded Uzodimma for his strive in repositioning Heartland FC to her glory days.

While unvieling the Jersey, Gov Uzodimma applauded the Leadership of Heartland FC for steering the ship of the club hitherto and hope for better outings as the New Season resumes.

He assured the Leadership of Government continual support and encouragements in moving the club to an enviable heights.

He prayed for victorious outing for the club as they kick off next Season with Nassarawa United at Dan Anyiam Stadium on Sunday 19th Dec 2021 by 4pm.