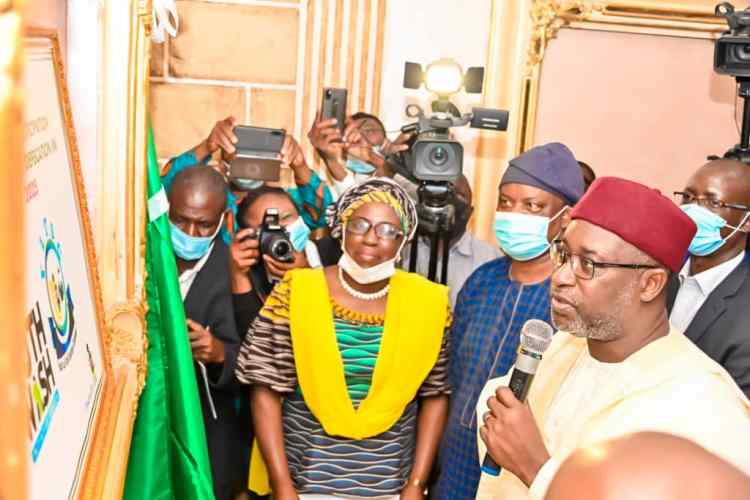 A non-profit organisation, Youth Water, Sanitation and Hygiene Initiative Africa (YOUTHWASH), has called on every individual, the young people especially, to rise to the responsibility of fighting the menace of open defecation in the country before the target year of 2025.

A report from a survey conducted by UNICEF as at 2019, revealed that Nigeria has the highest number of people who practise open defecation globally, from mostly poor rural dwellers with 25% of 47 million population.

The call was made during a one-day dialogue on ‘Clean Nigeria, Use The Toilet’ campaign organised by the YOUTHWASH group in collaboration with the Federal Ministry of Water Resources and development partners with the theme, “The Role of Young People in Making Nigeria open defecation free by 2025”.

The youth group engages in building the capacity of young people on advocacy and policy engagement programmes in order to ensure that everyone and everywhere has access to safe drinking water, sustainable sanitation and safe hygiene practice.

This is in line with this year’s United Nations International Youth Day, celebrated yearly where young people’s voices, actions and initiatives are being engaged for developmental endeavours.

National coordinator of the YOUTHWASH, Mr. Nature Obiakor, said that the issue of open defecation is not faced by one but it is a collective call which must be tackled collectively as a country.

According to the coordinator, he said that since the young people comprise over 50% of the Nigeria population and as well constitute the largest number of unemployed people, their involvement in the campaign will have a significant contribution to the development, innovation and recreation of Nigeria.

Obiakor also stated that part of the effort to support the government’s role in achieving Open Defecation Free (ODF) 2025, through Youth Rapid Response, was what led to the conceptualisation of the youth-led total sanitation campaign towards supporting water sanitation and hygiene around communities and environment.

He added that this will also fast track the realisation of the Goal 6 of the Sustainable Development Goals (SDGs) for everyone to have access to potable water.

The YOUTHWASH is an organisation established in 2013 by group of young people for non-profit making who have been mobilising and engaging people in campaign and activities that has to do with ensuring right to access to potable drinking water, sanitation and hygiene services in Nigeria and across Africa.

Obiakor, therefore, called for supports through financial and participatory involvement by all so that Nigeria can be out of open defecation in the target year of 2025 while ensuring improved and basic sanitation by year 2030, respectively.

In his keynote address, Minister of Water Resources, Engr. Suleiman Adamu, who also unveiled the Youth Led Sanitation Campaign (YLSC) Logo during the event, said that as agent of change, youth are key resource not only in the campaign but also in other critical aspects of the engagements.

Adamu buttressed that the ministry will continue to aggressively sensitise the entire country towards ending the practice of open defecation.

He, however, expressed optimism that the joint efforts of development partners and stakeholders at all levels in raising awareness on the dangers of open defecation and handwashing at critical times would lead to the needed behavioural change, thereby producing a healthy society and an economically buoyant nation.

Also in attendance for their goodwill messages were partners to the ministry, World Health Organisation, (WHO); UNICEF; AMCON; World Bank and other water stakeholders among others.