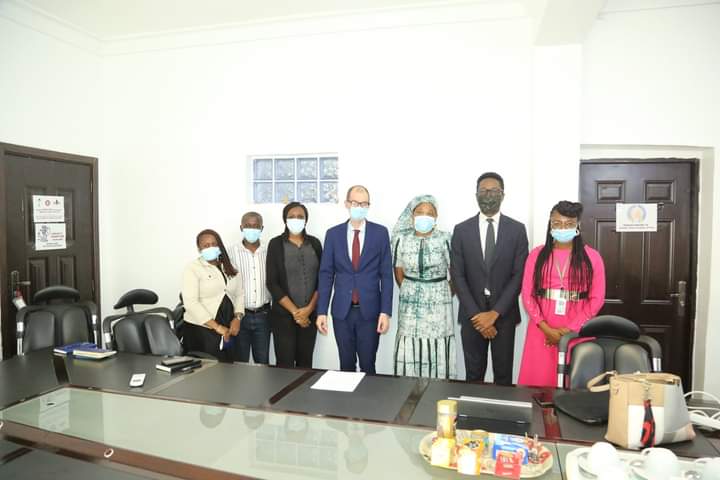 The Centre for Democracy and Development (CDD) – a non-profit organization that conducts research, training, advocacy, and capacity building has announced the move by the United Kingdom Government to support the project Strengthening the Delivery of Peace and Security in Nigeria (SDPS).

The organisation disclosed this earlier today in a Press Statement signed and issued by Executive Director, Hassan Idayat that the UK Government has through Foreign, Commonwealth & Development Office (FCDO), a department of the UK Government released funding in support of the laudable project.

According to the Statement, “Nigeria is burdened by an unprecedented array of overlapping security crises ranging from banditry to the spread of extremist jihadist movements. No corner of the country is spared by this surge in conflicts.

“This funding supports CDD’s well documented work in the areas of Peace and Security and will strengthen efforts to stem the surge of insecurity as well as to combat misinformation and disinformation which are often drivers of conflicts across the country. “This grant could not possibly have come at a more symbolic time,” said Idayat Hassan, CDD’s Director.

“Insecurity in Nigeria is currently at a scale that threatens the very fabric of our nationhood. With conflict manifesting in various forms in virtually all regions of the country, Nigeria has for decades not been as vulnerable as it currently is.

“Our SDPS project will not only enhance the public’s understanding of the drivers of these conflicts, but will also counter emotion-driven narratives with evidence-based analysis that will equip stakeholders with the timely understanding of issues needed to positively influence policy and entrench lasting peace in the country.”

In addition to countering sensationalist narratives in the media and public discourse, the key objectives of the project will be geared towards strengthening the nexus between knowledge creation, public awareness, and policy decision-making in addressing insecurity and conflict in Nigeria.

“To that end, the funding will leverage partnerships with influential media organisations to commission the production of special investigative reports as well as regular radio programming to advance evidence-based understandings of the conflicts.

“This funding will also advance activities that drive the uptake of new knowledge by policy makers within relevant and influential policy institutions” Hassan said.