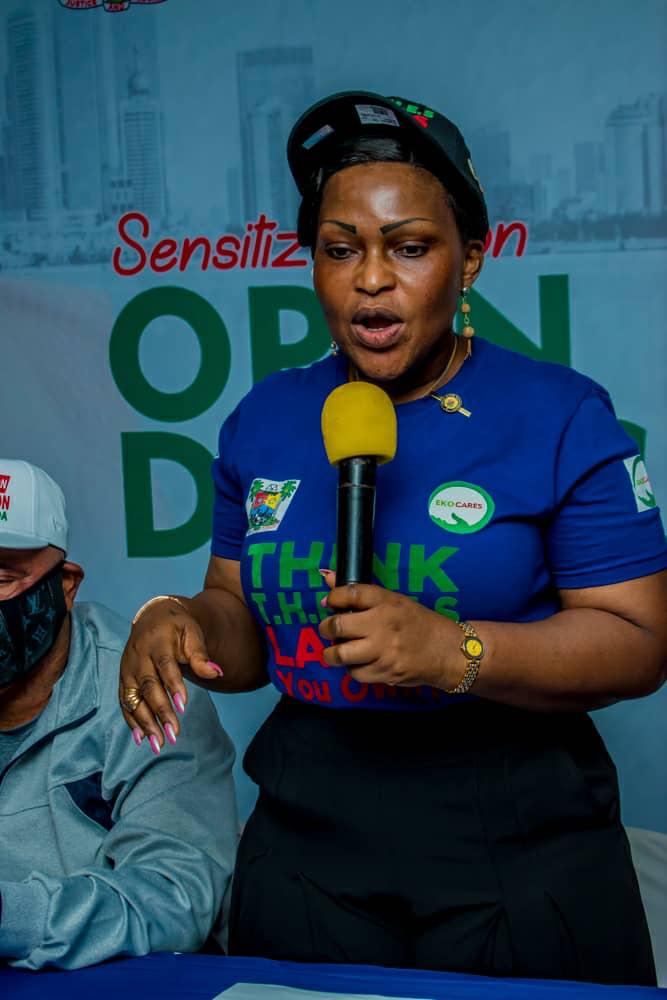 According to statistics, Nigeria is said to be among countries with the highest number of people practicing open defecation which refers to the practice of defecating in fields, forests, bushes, bodies of water or other open spaces.

With the reports of about 46 million people brazenly defecate openly, this practice has undoubtedly had negative effects on the populace, especially children, in the areas of health, environment and education and had contributed to the country’s inability to meet the Millennial Development Goal (MDG) target on sanitation.

This sensitization is therefore being organized in line with the 2nd pillar of the T.H.E.M.E.S developmental agenda (Health and Environment) of Mr. Governor, Babajide Olusola Sanwo-Olu to ensure Lagosians join the global crusade, spread the awareness, inspire environmentally-friendly actions and support in facilitating the provision of sustainable sanitation systems capable of promoting economic growth and well-being of the citizenry.

Speaking at the programme, The Special Adviser to the Governor of Lagos State on Civic Engagement, Princess Aderemi Abowale educated the residents on the health hazards that comes with this practice “Ladies and Gentlemen, open defecation is a public menace because it could easily lead to outbreak of communicable diseases such as cholera, typhoid, diarrhoea and other gastro-intestinal infections.

During the rainy season, in which we are now, water supplies can become contaminated with such faecal matters; we all know that human faeces contain bacteria and germs which consequently contaminate the sources of water people use for drinking and many other purposes.

The world is changing faster than we can imagine with human population increasing at an exponential rate. Therefore, there is an urgent need to re-orientate our people on the provision and access to safe and sustainable sanitation systems that will effectively address the menace of open urination and defecation as well as other sanitation infractions to prevent the widespread of diseases. Proper handling of these critical issues would no doubt help reduce government expenditure on treatment of diseases and make more money available for other important public uses.

On a final note, I wish to appeal to us all to cooperate with the State Government in putting an end to this inimical practice of open defecation, improve on our hygiene and ensure that our environment is kept clean at all times. It is only this way that we can keep illnesses and diseases at bay. Cleanliness, it is said, is next to Godliness.”