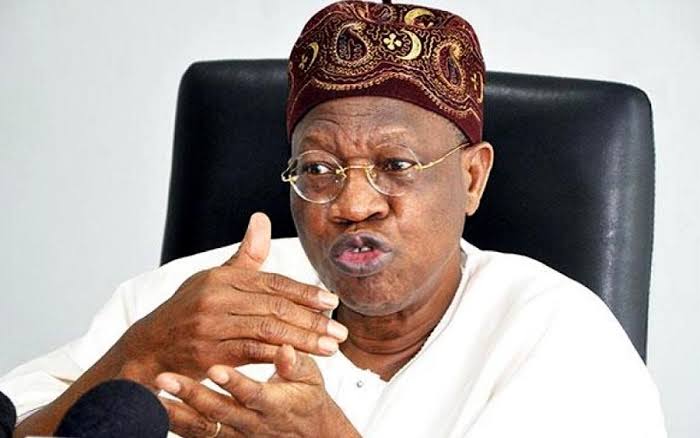 Nigeria’s Minister of Information and Culture, Lai Mohammed, has reaffirmed the government’s stance on regulating social media in the country.

He disclosed this at the House of Representatives during a public hearing organised by the Mr. Odebunmi Dokun-led committee on Information, National Orientation, Ethics and Values.

According to Mohammed, it would be in the best interest of the citizenry to monitor social media contents.

The minister who spoke against the backdrop of the controversy trailing the ban on the use of Twitter in the country enjoined the lawmakers to grant full regulatory powers to government over Internet broadcasting and all online media outfits.

He asserted that the country’s laws must not be subservient to international telecommunication union treaties in view of the need to protect peculiar situations in our country.

He also faulted moves to compel the National Broadcasting Corporation (NBC) to pay all the money accruing to it into the federation account in accordance with Section 162 of the constitution.

The minster said: “We have a problem with this because it is not in line with the thinking of the executive. Very soon, the NBC will exit the number of parastatals whose salaries are paid by the federal government. In other words, the NBC would need to be paying its own salaries, paying for its overheads and operations.

“If that is the way the executive is thinking, it will be a draw back if you now pay everything into the Treasury Single Account. It means that the government would have to continue to pay our salaries and take care of all our needs. This will defeat the objective of the federal government that certain parastatals should contribute more to the revenue of government.”

On the power to grant licences, he said: “The spectrums do not belong to licensees, but to the federal government and it can use it either for broadcasting, telecom or any other thing. The impression is given that those enjoying it today can do so forever.”

Also, a human right lawyer, Monday Oyekachi Ubani, sued the federal government and three others at the Federal High Court, Lagos, over the Twitter ban.

Joined in the suit are the Attorney General of the Federation, Abubakar Malami, Minister of Information and Culture, Lai Mohammed, and the Nigerian Communications Commission (NCC).

Similarly, a lawyer and rights activist, Inibehe Effiong, sued the federal government over the suspension of Twitter operations in Nigeria. In his suit filed at the Federal High Court in Lagos on Tuesday, Effiong sued the Minister of Information and Culture, Lai Mohammed, and the Attorney-General and Minister of Justice, Abubakar Malami, along with the federal government.

The lawyer, in his originating motion marked FHC/L/CS/542/2021, asked the court to grant his nine prayers, including an order of perpetual injunction restraining the respondents from further suspending, deactivating or banning the operations and accessibility of Twitter or any other social media service in Nigeria.

He also asked the court to declare as illegal the threat by the federal government to prosecute citizens who ‘violate’ the suspension or ban of Twitter in the absence of any written law.