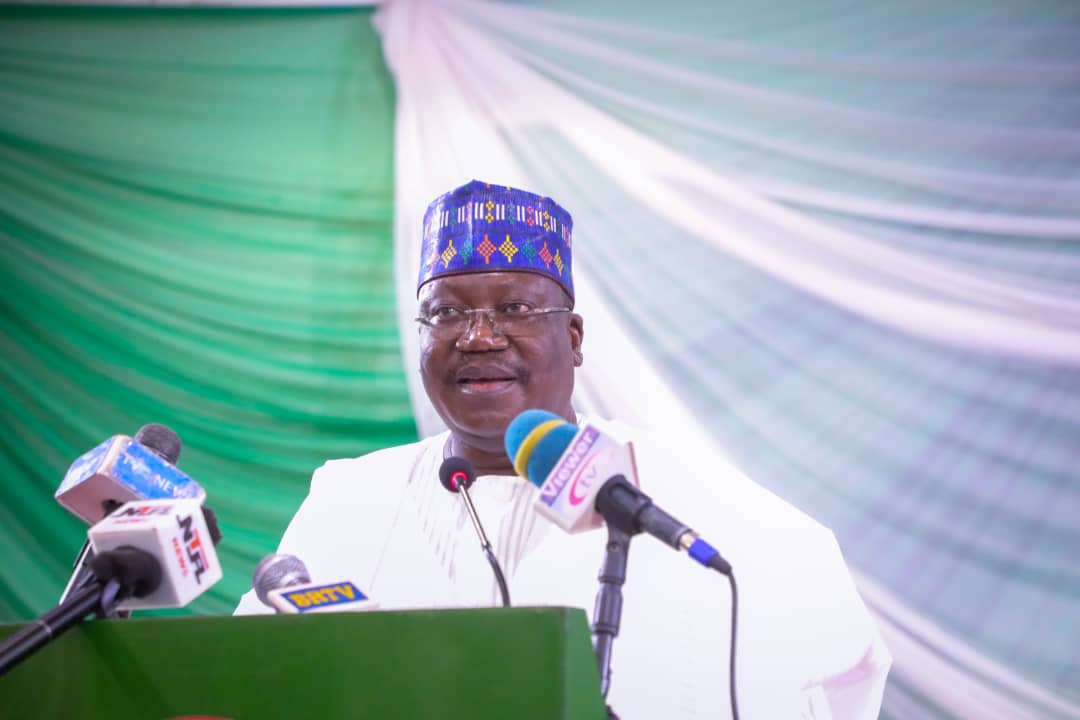 Borno Governor, Babagana Umara Zulum on Monday hosted in Maiduguri, the graduation ceremony of about 269 soil doctors and extension workers.

Graduates selected from across the 27 local government areas of Borno were trained on soil analysis and extension services under the National Young Farmers Scheme, championed by the National Land Development Agency (NALDA) in collaboration with Borno’s ministry of Animal Resources and Fisheries Development.

About 1000 youth graduates are expected to benefit from the training, which will be conducted in batches of 200.

Standing in for President Muhammadu Buhari, the President of the Senate, Ahmed Ibrahim Lawan commended the state Governor, Babagana Umara Zulum for his excellent working relationship with the federal government agencies.

Senator Lawan applauded Zulum’s efforts towards transforming Borno state. He said the Governor, though faced with challenges stands tall among his pairs in providing governance to the common man.

On his part, Governor Babagana
Umara Zulum emphasized the need for more extension workers to revitalize the agricultural sector in Nigeria.

Zulum commended his predecessor, Senator Kashim Shettima for the huge agricultural equipments he procured during his tenure as the Governor of Borno.

Similarly, the Governor acknowledged the tremendous effort put in place by the Executive Secretary of NALDA for the scheme to take off.

Borno’s Commissioner of Animal Resources and Fisheries Development, Comr. Juliana Bitrus disclosed that, Governor Babagana Umara Zulum has approved the release of all counterpart funds as well as stipends to the 269 first batch youth graduates beneficiaries.

The Commissioner added that, the Governor also approved the allocation of over 15 hectares of land for the Young Farmers Scheme in 40 different locations.

Comr. Bitrus also said another 2000 unemployed youth would be trained on fish farming under the Young Farmers Scheme, while 40 other fish processors would also benefit from the same scheme.

NALDA’s Executive Secretary, Mr. Paul Ikonne said in his remarks that, the Governor of Borno State is one of the proactive Governors that provided enabling environment for the Young Farmers Scheme to be implemented in their states.

In a goodwill message, the director general of the National Youth Service Corp, Brigadier General Shuaibu Ibrahim expressed appreciation for Zulum’s support to Corp members servingi n Borno state. The DG said, Zulum has in the last two years released over N400m for the welfare of corpers in Borno.