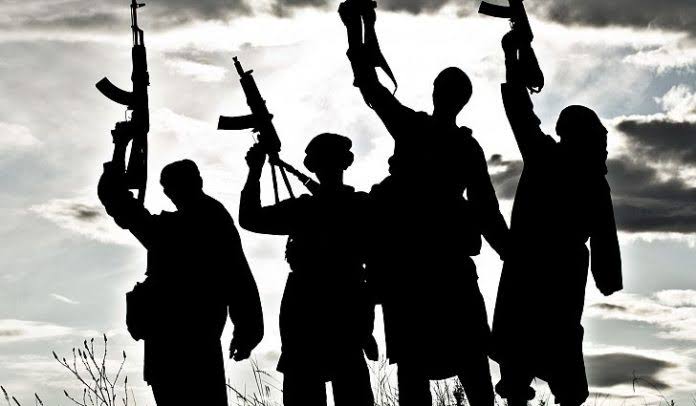 Why is the President’s shoot at sight order limited to AK 47? What our laws prohibit is illegal possession of firearm and the threat of our State today, is flood of firearm in the hands of bandits, herders and other criminal groups. -Otuedon

It is dangerous when citizens are left to bear the burden of defending themselves; it is the blatant admittance of the failure of the state and the essence of government. According to the UN Jus Ad Bellum Convention of 1945, war or use of force or arm as a last resort is permitted only on grounds of self defence.

Consequently, where citizens alleged of being attacked with lethal weapons it becomes imperative for them to defend themselves with equal and proportional weapon. Indeed where state help is not available self-help is inevitable.

Why is the President’s shoot at sight order limited to AK 47? What our laws prohibit is illegal possession of firearm and the threat of our State today, is flood of firearm in the hands of bandits, herders and other criminal groups.

One would have thought Mr. President would declare a state of emergency across our forest to mob up the avalanche of arm in the country. No doubt self defence is a constitutional right of every citizen as captured in Section 33(2)(a) of the 1999 Constitution of the Federal Republic of Nigeria (as Amend), the burden of security of lives and property remains squarely on the government and citizens cannot procure arms under the subterfuge of self defence.

Where government agents call citizens coward for not being able to defend themselves, recommend self defence and openly celebrate communities for being able to defend themselves, it shows a state of anarchy and abdication of duty by the government. This is not only worrisome, but also depicts cluelessness, ineptitude and or maladroitness of the operators of government. The self defence envisaged by the constitution is a spontaneous reaction not premeditated or an afterthought.

In an attempt of self-defence, citizens procure arms to be used by those who have no glue of the rules of engagement. However, this will not stop until the government wakes up or is waken up take up its responsibility because as part of the maquillage of man if he must sleep his territory must first be secured. Unfortunately what we have failed to give thought is that, after the crisis would have been over, we would have ensnared ourselves in another wave of criminality by those whom we engaged for self defence.

Obviously the APC led government by their insensitivity, ineptitude or maladroitness is gradually leading Nigeria into a state of nature where life is brutish and short. The only way out is for all and sundry; youths, men, women, traditional rulers, religious leaders and professional bodies to deliberately demand responsibility of government, particularly with respect to the issue of state police. Self defence is an admittance or acknowledgement of the failure of the State that will inevitably result in anarchy and chaos which is coldhearted and callous.

Otuedon Vincent is a Human Rights Activist and the President, Liberty harbingers Network with the Head office in Abuja, Federal Capital Territory.