Global Rights Commends Kano High Court For discharging the case against a minor! 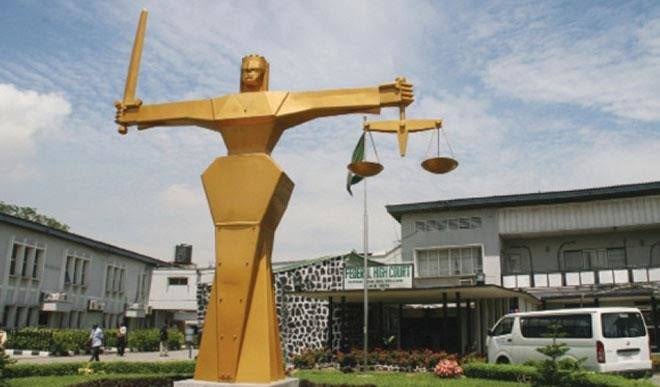 Global Rights has applauded the move by the Kano High Court (Appeal Division) to acquit and discharge the case against 13-year-old minor, Master Umar Farouq, who had previously been sentenced to a 10-year stay in prison on charges of blasphemy against the Holy Prophet Muhammad (SAW), made during an argument with friends.

In a Statement released by the Organization during the week revealed the organisation was delighted about the news – the final verdict of the Presiding Judge, Justice Nuradeen Sagir, over the case

The statement reads: “We are pleased to note the outcome of the sordid saga has been brought to a logical conclusion in a court of legal competence.

“Similarly, we commend the move by the Presiding Judge Justice Nuradeen Sagir, and his co-judge Justice Nasiru Saminu to stay the death sentence of Mr. Yahaya Sharif Aminu, on the grounds of irregularities while the case was at trial. We wish to express our dissatisfaction with the decision to refer Mr. Sharif Aminu’s case to the same court where the irregularities occurred for a retrial.

The 22-year-old musician, Mr. Sharif Aminu had been arrested and convicted on the charges of blasphemy for circulating a song on social media (WhatsApp) which allegedly elevated a rival Islamic cleric to the Statue of the most revered Prophet Mohammed (SAW) and even above, in a summary trial that saw the defendant sentenced without proper legal representation amongst other human rights violations.

“The sketchy manner in which the judgment at the Upper Sharia Court in Hausawa Filin Hockey was handled, indicates the court’s incapability of maintaining neutrality and objectivity (which are key elements in justice delivery) in this case. We fear that any attempt to have a retrial of this case in the same court may lead to  further miscarriage of justice .

“We  must  mention emphatically that Mr. Sharif Aminu does not identify as  a Muslim and  should therefore not be prosecuted  under the Sharia Penal Code. If the state has a valid case against him, it should be taken to the regular court.

Furthermore, the continuous detention and prosecution of Mr. Sharif Aminu is  in contravention of his constitutionally guaranteed right to freedom of speech and conscience as enshrined in Section 39(1) of the Nigerian Constitution, which posits  that “every person shall be entitled to freedom of expression, including the freedom to hold opinions and to receive and impart ideas and information without interference”. Section 38(1) also provides that:

“Every person shall be entitled to freedom of thought, conscience, and religion, including the freedom to change his religion or belief, and freedom (either alone or in community with others, and in public or in private) to manifest and propagate his religion or belief in worship, teaching, practice, and observance.

It is a trite fact that Nigeria has no state religion. Global Rights had stated this much in the separate petitions sent to both the Executive Secretary of the National Human Rights Commission, Mr. Ernest Ojukwu, and H.E  Abubakar Malami (SAN), the Attorney General and Minister of Justice, calling for urgent intervention on the matter.

Given the recent development in the case against Mr. Sharif Aminu, we would like to  reiterate that attempts to continue the incarceration  of the embattled young man would set a grisly precedent for the wilful flaunting of the fundamental human rights  enshrined in the 1999 Constitution of the Federal Republic of Nigeria (as amended).

In the same vein, the organization is equally requesting for the following: