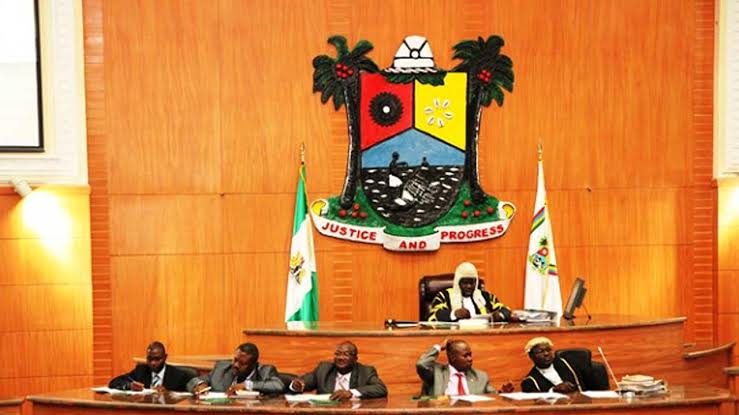 The Lagos State House of Assembly has approved the sum of N1.163 trillion as budget for the fiscal year 2021.

The recent development indicates an increase of N8.5 billion from the amount originally presented for consideration to the House.

Recall that Lagos State Governor, Babajide Sanwo Olu, on November 2020, presented the state budget tagged “Budget of Rekindling Hope,” worth N1.155 trillion, to the State House of Assembly. The budget earmarked the sums of N703.23 billion for capital expenditure and N451.75 billion for recurrent expenditure.

Sequel to the presentation, a plenary session was held today 29th of December, 2020 and the appropriation bill discussed. After much deliberation, the sum of N1.163 trillion was approved for the 2021 budget.

As at the time of filing this report, the lawmakers are yet to disclose the reason for the increase in the statutory allocation.

The House in its plenary session considered the 2021 Appropriation Bill forwarded by the Governor. The motion to consider the bill was moved by Honourable G.O Yishawu.

After much deliberations and comments on the presentations of the reports, Honourable Adedamola Kasumu, moved a motion that the reports be adopted by the resolutions of the House. The motion was seconded by Honourable Lukmon Olumoh.

Majority leader of the House, Honourable Agunbiade S.O.B, gave a summary of what transpired in the committee of Supply as the House reverts back to plenary.

Its Implications on current state economy?

The recent development is a big boost to expediting the implementation of the 2021 budget, especially as the state government strives to rebuild the economy from the ruins of the COVID-19 pandemic and #EndSARS protests that negatively impacted the state.

With the legislative passage, what remains for the Budget to take its full course is the executive assent which is the next and final stage.