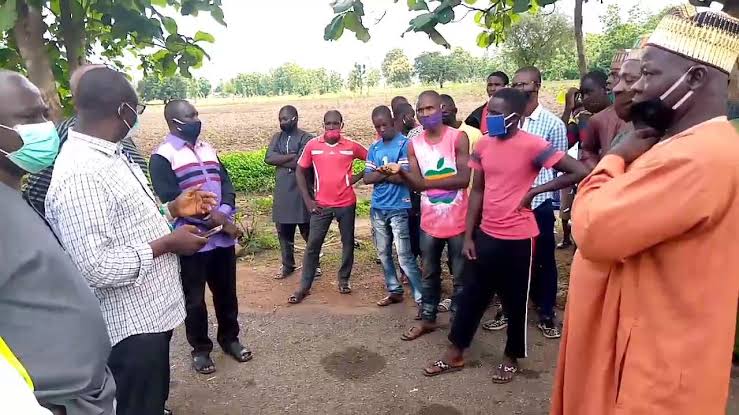 A Local Government Chairman has reiterated that Community Vigilance, prompt report and response to early warning signs of danger are the best security strategies to contain with the recurrent menace of insurgency and other possible crisis situations in our communities.

Jema’a Local Government Chairman, Hon Peter Danjuma Averik said this at an occasion to mark the end of a 4-day training on Early Warning and Early Response for Peace Volunteer Youths of Zikpak held at the Government Secondary school, Zikpak on Friday.

The training was conducted by the North East Regional Initiative component of United States Agency for International Development (USAID/OTI-NERI) as part of their support for Community Neighborhood Watch in southern Kaduna.

Hon Averik described the training as strategic and timely considering the challenging security situation in the country at large and pleaded with the youths to reciprocate the gesture by sharing the knowledge with other youths and to as well put the knowledge to practical use for the peace and Security of Zikpak community and the local government at large.

He thanked the Agency for the training and for providing the necessary operational kits, saying it would embolden the peace volunteers to execute the tasks expected of them effectively.

Hon Averik again pleaded with USAID/ OTI-NERI to extend similar gesture to other vulnerable Communities in the area, noting that Jema’a local government would be relatively safe and peaceful if many communities are equipped with the practical knowledge of effective neighborhood surveillance as well as early warning and early response system.

He thanked the Kaduna State Governor, Mallam Nasir Ahmad el-Rufai for providing the enabling environment for Non-governmental organizations and development partners to operate in the state.

Earlier, the Program Manager North East Regional Initiative (USAID/OTI-NERI) Kafanchan, Mrs Omokide Chikodinaka explained that the training was meant to equip and strengthen the peace Volunteer Youths of Zikpak community on how to detect early warning signs of possible danger and better ways to handle the situation.

Also speaking, the Monitoring, Evaluation and Learning Manager USAID/OTI-NERI and the lead instructor for the training, Mr Ibrahim Sanusi said about 100 peace Volunteer youths in Zikpak have been selected for training but the first batch of 40 were so far trained and were expected to step down the training for the remaining 60 volunteers in the community.

He said in addition to providing two operational motorcycles, USAID would also provide each of the 100 peace Volunteers with a pair of safety boot, rain coat, umbrella, transistor radio, whistle and a wrist watch to encourage them function effectively.

High point of the occasion was the handing over of the operational kits to Jema’a Local Government Chairman, who also presented them to the Agwam Zikpak II, His Highness Dr Josiah Tagwai Kantiyok for onward distribution to the peace volunteers.