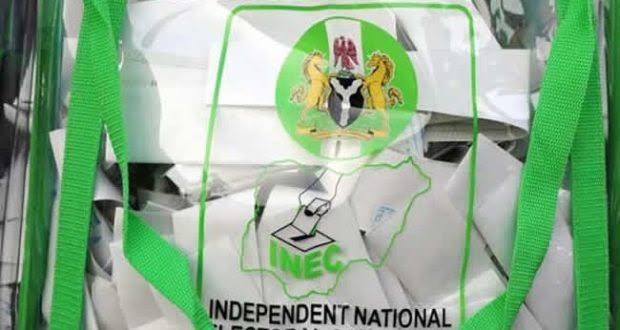 Centre for Democracy and Development (CDD) has reiterated the need to digitalize Nigeria’s electoral systems towards achieving an all inclusive electoral laws.

In a statement signed and released by the organization on December 9, 2020 stated that a country’s election is the single most important event, particularly as it justifies a country’s democracy. Therefore, its processes and procedures should be inclusive and take cognizance of the expectations and concerns of Nigerians and ensure people-centered legislation. Considering Nigeria yearns for an electoral system that is transparent, credible, free and fair and above all, meet the expectation of citizens, the law governing the electoral architecture must be spotless from electoral malfeasants, which currently characterize the system.

CDD firmly holds that it is time to digitalize our electoral system and make our laws inclusive. While the peoples of Nigeria are male and female, as expressed in the preamble of the Constitution, “We the people”, our laws and by extension this Bill continue to refer to holders of position and voters as “he and him.”

The CDD in her statement, recommends a gender-neutral and sensitive language in present-day legislation. Masculine languages used in our laws are gender-biased and undermines women and girls’ political participation, which further hinders inclusive governance in Nigeria. We believe, the Electoral Act should correct these male-dominant narratives in legal drafting. A good example of a gender-neutral language is found in Section 14 of the Bill: In the performance of his or her duties under this Act, a registration officer, and an updated officer shall…..

Having reviewed the proposed Bill, we assert that its Section 8 (4A) should not encourage the Commission’s appointment of a member of a political party.

The Section reads: A person who, being a member of a Political Party, misrepresents himself by not disclosing his membership, affiliation, or connection to any Political Party in order to secure an appointment with the Commission in any capacity, commits an offence and is liable, on conviction, to a fine of N5,000,000 or imprisonment for a term of not less than five years or both.

CDD opines that: A person who, being a member of a political party should not be appointed by the Commission at any level – the proposal is aimed to politicized the electoral umpire.

According to Executive Director of the Organization, Hassan Idayat, “We strongly believe that a single term of five years provision for the Resident Electoral Commissioners (REC) is not in good conviction, we urge that Section 6 (2); which states that: A person appointed to the office of a Resident Electoral Commissioner shall; (a) be answerable to the Commission; and (b) hold office for a period of five years. The (b) clause needs a renewable term of five years as provided for in Section 8. (1) on the Secretary to the Commission who shall hold office for a period of 4 years from the date of appointment which may be renewable for another period of 4 years only.”

“On the election procedure, the CDD urges the National Assembly to digitalize Nigeria’s electoral system. There is no gainsaying that the benefits are enormous, including reducing the cost of running the country’s election, which is not going to be sustainable, especially with the dwindling resources – today’s recession is hitting hard on all sectors of the economy yet INEC continues to spend the country’s fortune on the conduct of elections. CDD calls for support for INEC to cut costs by creating legislation that fits the current glocalization – thinking global, acting local.”

Hassan added that If our electoral system is truly digitalized, it will cut down remarkably, the votes that go to INEC, thereby increasing resources that can be channeled to Education and Healthcare development, which are on the near verge of collapse. We must stop the printing of currency-level ballot papers; eradicate the collation stages, which have been compromised. We noted in our 2019 General Election report, where we observed a high level of electoral fraud in the collation stages – the ward, the local government leading up to the State, as in the case of the presidential election.

Also, CDD’s statement disclosed that the organization is of the opinion that in an effort to further address issues around false claims in the affidavit by candidates, as stated in Section 31 (6), which states: where the court determines that a person has submitted false information and disqualified. Aside from the person’s illegibility to contest in the same election, there should be further sanctions. It is a grievous offense to submit false information; we propose a 10-year jail term or option of a fine of N50 million, which shall be paid to the Commission’s account within 72 hours of the judgment.
For any party, that fields a candidate with false information in Section 31 (8), we propose an increase from N1 million in the proposed Bill to N100 million, this should put the political party’s internal democracy in check.

CDD also opines that legal effect is given to the dates already approved by the Commission for the conducts of General Elections, recommending a review to the proposed Section 25 (5), which states; an election to the office of President shall be held on a date to be appointed by the Independent National Electoral Commission (INEC).

On PART V – Political Parties, this Bill must truly support the strengthening of internal party democracy and by extension the country’s political party landscape. There is so much pressure on political parties to contest and win elections as a basis for existence. Section 78 (7A) states:
The Commission shall have power to deregister political parties on the following grounds- (i) Breach of any of the requirements for registration, and (ii) For failure to win Presidential or Governorship election or a seat in the National or State Assembly election.
We commend the provisions in Sections 91; on campaign finance which has become a challenge in our electoral jurisprudence. Section 92.-(1) addresses so much concern on campaign financing.