#SayNoToRape: When You Rape, You Kill a generation! – Dotun Roy 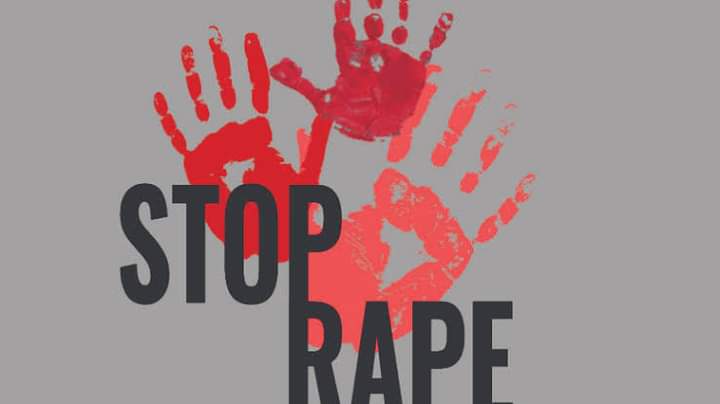 Why are cases of rape becoming rampant in Nigeria despite being tagged the most religious and prayerful nation in this part of the globe??

This had been the critical conversations that I and my other fans/friends on my WhatsApp as a way of engaging one another in a positive chit chat had trashed out and dissected in order to find ways that this horrific trends would be curbed amongst both the old and young men in our society during the week.

As it has been proven that when there is too much injustice in the land people become filled with rage and vengeance and try to get even. And eye for an eye certainly would make the whole world go blind.

And before everybody turns rapists out of vengeance for one of their sisters, daughters, nieces that got raped and died in the process and for those who didn’t died, that have become the shadow of themselves due to the Post Traumatic Stress Disorder (PTSD) and aftermath of the encounter in the hands of the rapists, solutions through awareness and rehabilitation programme could still be set up to help most victims of this heinous crime called rape.

While this conversation was going on many young ladies amongst us who shared their fears of getting raped said they would never join a public transport with only men as passengers, as it puts fear of being assaulted and preyed on by strangers.

Several factors were identified and highlighted such as cultural implications, Peer pressure, Consent issues within communal settings and psychological aspect for men who have being said to move by the things they see were also discussed.

Niran from Lagos who actively contributed to the conversation emphasized how cultural implications could trigger a man into the act of rape. In his words, No man is born a rapist or a sexual predator….. There are elements in our culture that breed sexual entitlement in men.

Men need to unlearn these things to become better humans. To combat rape, we need to get to the underbelly of our culture. We need to train the younger ones not to see sex as treasure hunting.

“Young ladies need to respect young men who don’t yield to them instead of accusing their “penises” of dereliction of duties”. We need to be able to learn and unlearn. We should be emotional intelligent enough not to take no for a yes. It could be confusing as some girls who “want toh do” say “no” so they are not seen as the loose type.

He added that not having sex will not kill you but trying to have sex at any cost can kill you. A man is a product of his culture, thoughts, experience and religion…. The devil doesn’t make anyone a rapist over night. I repeat the ability to learn and unlearn is key to human evolution.

Dorothy Njemanze ,Nollywood Actress and Gender Rights advocate who later joined the discourse shared valuable contributions having handled numerous cases in the last seven years. She stressed that society should never treat rape cases with levity as this could make the rapists and culprits feel unrepentant of the act hence they continue with the act.

In her words, “cases of rape are rampant because the greatest allies of rapists are police officers and other law enforcement officers. They refuse to document crimes appropriately and expect frustrated people seeking justice give up.

“There are different circumstantial situation that lead to rape that are not taken seriously: stalking, intimidation, forced dependency, willfully placing a person in fear of harm, verbal abuse(which is done daily in markets without repercussions) etc. When enabling environments are created for victims to keep quiet, it emboldens sexual predators.

“There are many times men have obvious erections in public spaces, triggered by different things for different people. It is for them to cater to by themselves” said Dorothy

Nevertheless, the need for men who often feel that uncontrollable sexual urge without any means to ease such tension to seek the help of a therapist or talk to someone who could help them out cannot be overemphasized at this point.

This has become imperative because the damage and psychological trauma associated with rape are deadlier than most terminal diseases we run away from.