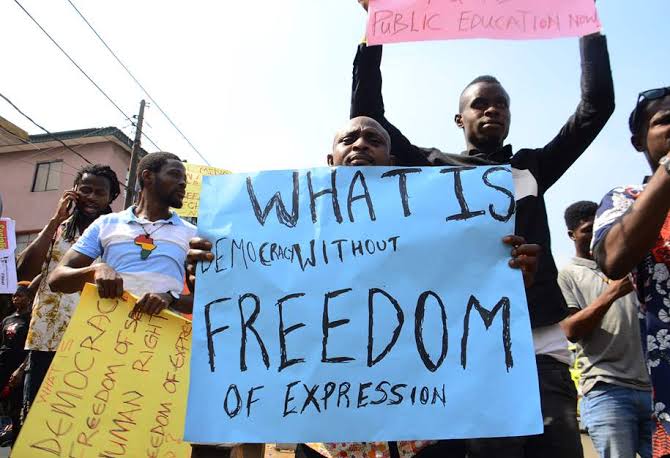 Coalition of Civil Society Organization has expressed disappointment towards the escalation of unwarranted attacks and threats issued against Human Rights activists and defenders in Nigeria, saying this would continue to project the country in a bad light among the comity of nations that prioritize the protection of fundamental human rights of their citizens.

The coalition made this known during the week in a statement jointly signed by 33 civil society organizations in Nigeria following the report of arrests and injustice against the EndSARS protesters and other activists and celebrities found in connection with the protest went viral.

The undersigned coalition of Civil Society Organisations working to promote democracy, human rights and accountable governance hereby express grave concerns about the rise in the level of attacks targeted at human rights activists and pro-democracy campaigners especially since the start of the #EndSARS protests.

Despite the local and global condemnations, which have trailed the death of protesters as a result of extrajudicial killings by security forces and the activities of sponsored non-state elements, it is worrisome that there has been no remorse on the part of those perpetrating these atrocities. This Coalition is aware that the Nigerian authorities have stepped up measures to clamp down on individuals, organisations and corporate bodies alleged to be the masterminds of the protests.

For the avoidance of doubt, this Coalition is of the view that the #EndSARS protests, which gripped the country in the last few weeks, focused on the legitimate demands of the Nigerian youth for an end to police brutality and other dimensions of human rights abuses. Unfortunately, instead of focusing squarely on the necessary administrative reforms to meet the short and long term demands of the protesters, the authorities have begun resorting to underhand tactics to coerce and clamp down rights activists, pro-democracy campaigners and other voices of dissent calling for systemic reforms, which will promote good governance. This includes the government’s inaction in responding to the direct threats issued against human rights organisations by non-state elements with pro-government objectives. At the last count, this Coalition has documented several patently illegal steps taken by the government, which clearly infringe on the fundamental rights of citizens.

Increasingly, protest organisers are being intimidated and coerced by various state institutions. There have also been situations in which travel bans, which have no basis in the rule of law, have been slammed on individuals for their alleged roles in the #EndSARS protests. Our Coalition strongly condemns the resort to acts of intimidation, profiling and coercion of citizens who have done no wrong. We have no doubt that the actions of the government constitute a serious attack on freedom of expression, which is a constitutionally guaranteed right of every Nigerian citizen. Specifically, Section 39(1) of Nigeria’s 1999 Constitution as amended makes it clear that every person “shall be entitled to freedom of expression, including the freedom to hold opinions and to receive and impart ideas and information without interference.” We make no mistake about the fact that the peaceful protests staged in recent weeks provided an opportunity for the young people of Nigeria to air their views and express their opinions about the state of the country. The government’s acts of clamping down on those who participated in or mobilised for the protests amount to a brazen violation of citizens fundamental rights as enshrined in the Constitution.

It is similarly unacceptable that the Nigerian authorities have also been resorting to diversionary tactics such as targeting the bank accounts of individuals who are said to be financing the protests. It is on record that most of these punitive measures by the government are being effected without any exhaustive recourse to the judicial process. The reliance on ex parte applications to freeze accounts of citizens is antithetical to the principle of fair hearing and proper judicial oversight. This Coalition notes that in most of the cases the government has brought against citizens, it (the government) is clearly an interested party. It is unethical that the government is simultaneously taking up the roles of accuser, prosecution and judge in these cases. These underhand tactics run contrary to the principles of natural justice, which aver that an entity cannot be the judge in its own case. In the face of these attacks on freedom of expression, association and the intrinsic rights of citizens to get their voices heard, this Coalition calls on Nigerians to brace up for the struggles ahead.

The people of this country cannot afford to stand by and watch in the face of unconstitutional measures to silence their voices and abridge their rights as citizens. This Coalition for the umpteenth time calls on the international community to take urgent measures to pressure the Nigerian authorities to henceforth act in accordance to the rule of law by halting the ongoing unconstitutional assault on citizens’ rights.
Signed: